Team Canada’s Pendrith and Humphrey atop leaderboard in Windsor 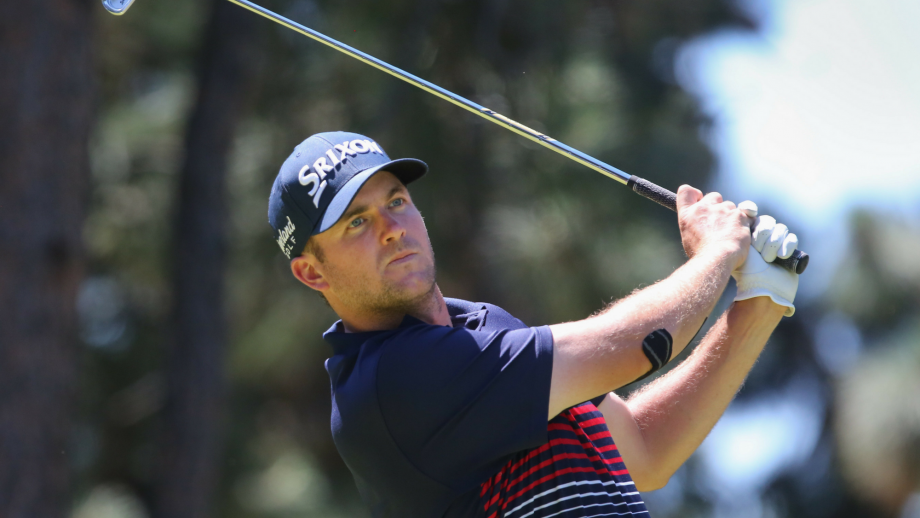 Note: Play was suspended due to adverse weather conditions at 7:30 P.M. local time with 18 golfers still on the course. Players will complete their rounds at 8:30 A.M. Friday morning.

WINDSOR, Ont.— Without a bogey on either card, Taylor Pendrith and Theo Humphrey each signed for a 9-under, 62 following the first round of the Windsor Championship at Ambassador Golf Club. The pair are positioned at the top of the leaderboard headed into Friday with a one-stroke lead over Carter Jenkins.

Pendrith, the Richmond Hill, Ontario native, was the first to sign for the new Ambassador Golf Club course record after knocking in an 8-foot birdie putt on the 9th hole, his last of the day, to complete the nine-hole stretch in 29 shots.

“I’ve shot a few 29s, a couple competitive, but that was a pretty good back nine for me,” said the Team Canada Young Pro Squad member after the round. “I missed a relatively short one on one of the par 3s, too, so it could have been better, but I’m definitely not complaining.”

Early on in the round, it wasn’t Pendrith’s aptitude off the tee that got the job done – that would be saved for later – it was a hot putter that bailed the 27-year-old out.

“My putter got hot, and it was hot all day,” said Pendrith, who’s 62 is his lowest career round on the Mackenzie Tour. “I made a lot good putts, putts for par actually, on the front nine, then I just got hot on the back and went with it.”

Known for his length off the tee, Pendrith noted that scoring on the back nine was aided by a confident driver swing that put plenty of wedges in his hands.

Humphrey’s first Mackenzie Tour event came at the Tour’s latest stop in Lethbridge. Prior to that, he was busy preparing and playing in a well-known golf tournament – the U.S. Open.

Despite missing the cut at the event, the Vanderbilt alum shot a spectacular second-round 72 at Shinnecock prior to beginning his professional career on the Mackenzie Tour.

Leaping out of the gate with a first hole birdie, Humphrey made eagle on the 3rd and made two more birdies before making the turn. On the back, Humphrey birdied four of his last five to sign for matching front and back 31s.

“I feel great. You shoot a round like that the first round of a tournament and it makes the rest of the tournament a lot easier because you’re ahead,” said Humphrey. “I got off to a great start this morning and finished strong as well, so obviously overall it was an excellent day for me.”

After missing the cut in Lethbridge by one stroke, Humphrey flew to Florida to put some work in with his coach, Todd Anderson, at TPC Sawgrass. After dissecting his putting stroke, it appears that the team rectified any sort of putting woes.

“I was happy to see I was able to perform in a tournament after,” said Humphrey, who has been with Anderson since he was 15-years-old.

Behind the two leaders is Raleigh, North Carolina’s Carter Jenkins. The 22-year-old carded 8 birdies and trails the leaders by one after his first-round 63.

Canadian Michael Gligic overcame a double bogey on his 5th hole of the day by making eight birdies and an eagle and is 7-under with one hole remaining in his first round. The Canadian is coming of a T34 finish in Lethbridge which included rounds of 65 and 63 the first two days.

Pendrith’s fellow Team Canada member Jared du Toit made only a single par on his back nine, making three bogeys and five birdies to go along with a trio of circles on his front side. The Canadian heads into Friday four strokes off the pace.

Team Canada Alum and NHL referee Garrett Rank held his own on Thursday at Ambassador Golf Club, making eagle on the 7th hole to go along with 4 more birdies to put himself at 3-under with two holes remaining in his opening round.