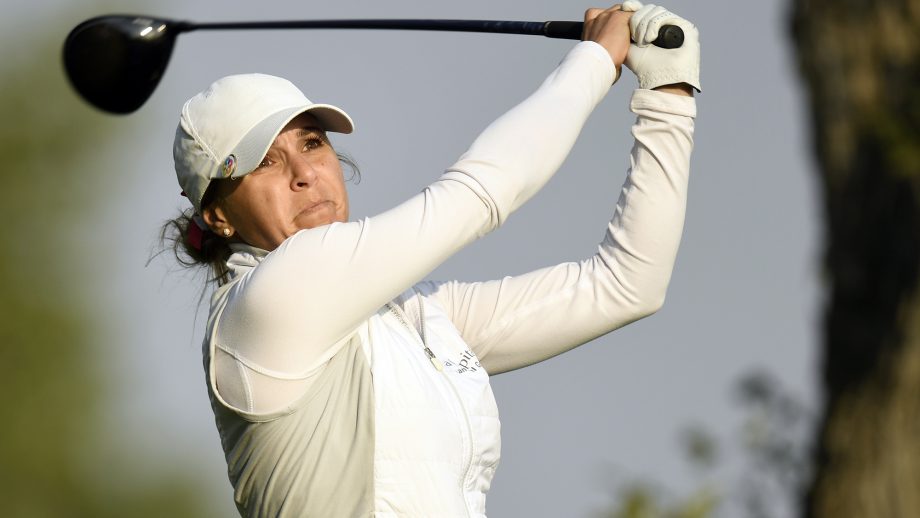 PORTLAND, Ore. – Marina Alex rallied to win the Cambia Portland Classic for her first LPGA Tour title, closing with a 7-under 65 on Sunday for a four-stroke victory over Georgia Hall.

Alex birdied the final five holes in a front-nine 30 to take the lead and added birdies on the par-5 12th and par-4 15th at tree-lined Columbia Edgewater. The 28-year-old former Vanderbilt star made her only bogey of the day on the par-4 18th, leaving her at 19-under 269.

“My goal was 8 under to give myself a chance, but I even thought maybe that wouldn’t have been good enough,” Alex said. “It was just an incredible day. I’m proud.”

She didn’t look at a leaderboard until the final hole.

“I was trying purposefully not to look at the leaderboard because I think sometimes it just gets me a little stressed out,” Alex said. “I get anxious, and then I think, ‘Oh, I have a lead, I need to protect it.’

“I kind of just pretended all day that I was behind and that I needed to play catch-up. I think it really helped me just play my best. I didn’t know I had a four-shot lead until basically the third shot – no, after the third shot – into the green here on 18.”

The New Jersey player gave caddie Travis Wilson his second straight victory in the event. Wilson is teaming with Alex with regular boss Stacy Lewis preparing for the birth of her first child.

“He’s such a wonderful guy,” Alex said. “He has such a calm demeanour about him, and it definitely helped me relax, We had so much fun the past three weeks.”

“I’m so happy for her.” Wilson said. “She’s a great girl. She works hard. She’s been close a number of times, and to be the guy that gets her through to get that first win, I’m going to remember that forever.”

Alex matched the course record with a 62 on Thursday, then shot 71-71 to begin the final round six strokes behind Women’s British Open champion Hall.

“It was tough to back up the first round with some good rounds,” Alex said.

Hall had a 75. The 22-year-old Englishwoman played the front nine in 2 over, with bogeys on the par-4 first and par-5 seventh.

“The pin positions were really, really tough,” Hall said. “The front nine was unbelievable. I couldn’t even get to hardly any of them. I was just trying to like stay patient and do what I could to kind of stay in it. I mean, she shot, what, 7 under? That’s incredible. … My hats off to her.”

Rookie Brittany Marchand of Orangeville, Ont., was in a tie for fourth heading into the final round, but shot a 77 to fall into a tie for 16th alongside Team Canada Young Pro Squad teammate Anne-Catherine Tanguay of Quebec City (73).

Brooke Henderson of Smith Falls, Ont., had a 75 to tie for 21st at 4 under. The Canadian star, the 2015 and 2016 winner at Columbia Edgewater, won the CP Women’s Open last week on home soil in Saskatchewan, then opened with a 64 on Thursday, before slipping back with rounds of 71 and 74.

Japan’s Ayako Uehara was third at 13 under after a 69.

Australia’s Minjee Lee, two strokes behind playing partner Hall entering round, had a 77 to finish fourth at 11 under.

Lexi Thompson shot 70 to tie for ninth at 7 under in her third event following a three-week break for emotional and mental fatigue.