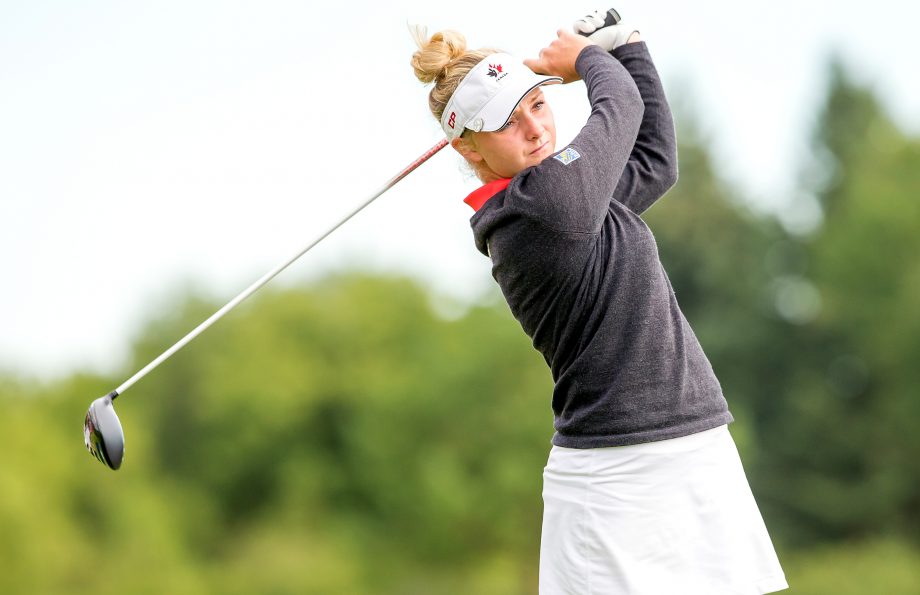 NORMAN, Okla. – Amateur Squad member Maddie Szeryk carded a school record 63 (-8) at the Belmar Golf Club on Sunday to climb 13 spots into a tie for third at the Schooner Fall Classic.

The 20-year-old Allen, Tex., product reeled off five straight birdies en route to a bogey-free round to break the school record of 7-under par—one in which she had previously tied in 2014. Szeryk also became the first Texas A&M athlete to record a 63 in a round.

On the strength of Szeryk’s final round charge, the Aggies climbed up the leaderboard to finish tied for sixth at 19-over par. Florida State won the tournament at 829 (-23), with the Seminoles’ Morgane Metraux taking home medalist honours at 12-under par.

Szeryk and the Aggies will return to action from Oct. 9-10 at the Jim West Challenge in The Woodlands, Tex.