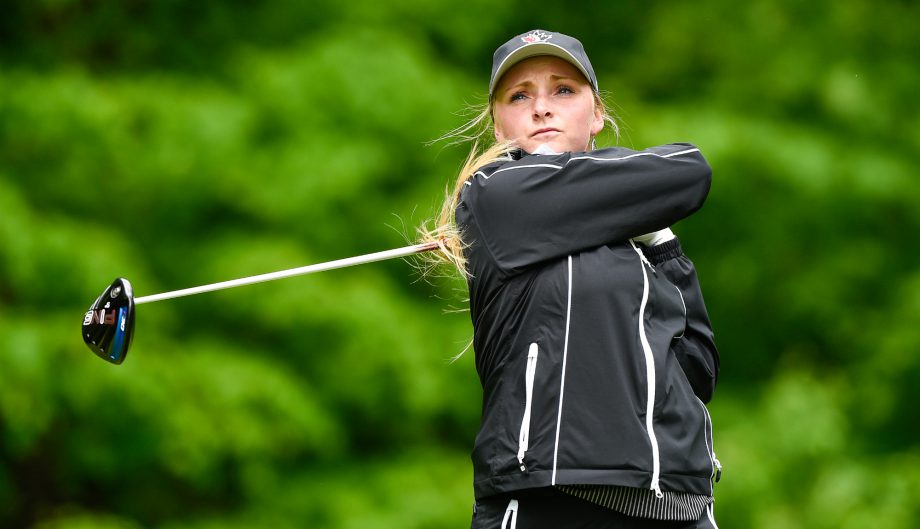 Due to inclement weather delaying the tournament the last two days, Ko and Szeryk met in their third match of the day.

Ko jumped out to an early lead and was 2-up after nine holes before struggling on the back nine.

Ko recorded three bogeys and a triple-bogey on the back nine, allowing Szeryk to win four holes and secure her spot in the quarterfinals.

When team mates win their matches of r32 @WWGAGOLF but have to play each other in the next round @naomiko_golf @mszeryk #sadface #2often pic.twitter.com/tJL6jl0YfE

The round-of-64 wrapped up in the morning after being suspended Wednesday evening due to inclement weather.

Tanguay def. the Philippines Mikhaela Fortuna 2 and 1 and Parsons def. Caroline Smith (Inverness, Ill.) 3 and 1 in the round-of-64.

The fourth member of the Amateur Squad Jaclyn Lee (Victoria, B.C.), was the No. 3 seed in the draw but lost in 23 holes to Rayner in the round-of-64.

Lee can hang her hat on the Amateur Team winning the Maschmeyer Cup Team competition trophy.