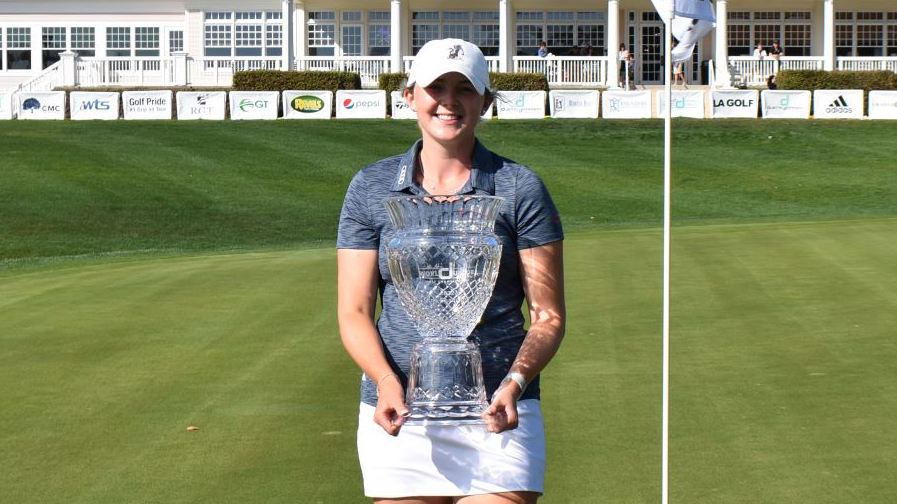 MURRELS INLET, SC – It was a weekend to remember for Team Canada member Katie Cranston.

Cranston, a native of Oakville, Ont., shot a remarkable 4-under 68 in Sunday’s final round to erase a four-stroke deficit on her way to capturing the girls title at the Dustin Johnson World Junior Championship.

The 17-year-old’s clutch final round at TPC Myrtle Beach was boosted by an ace on the par-3 13th which helped her close out the event at 5 under par (68-75-68). She finished with a four-stroke victory over Bailey Shoemaker (Dade City, Fla.).

Fellow Team Canada member (and Oakville native) Nicole Gal rounded out the top three with a share of third place at 5 over par. Gal won the 2019 Drive, Chip & Putt Championship at Augusta National.

Now in its seventh year, the Dustin Johnson World Junior features 90 of the top international players from around the world.