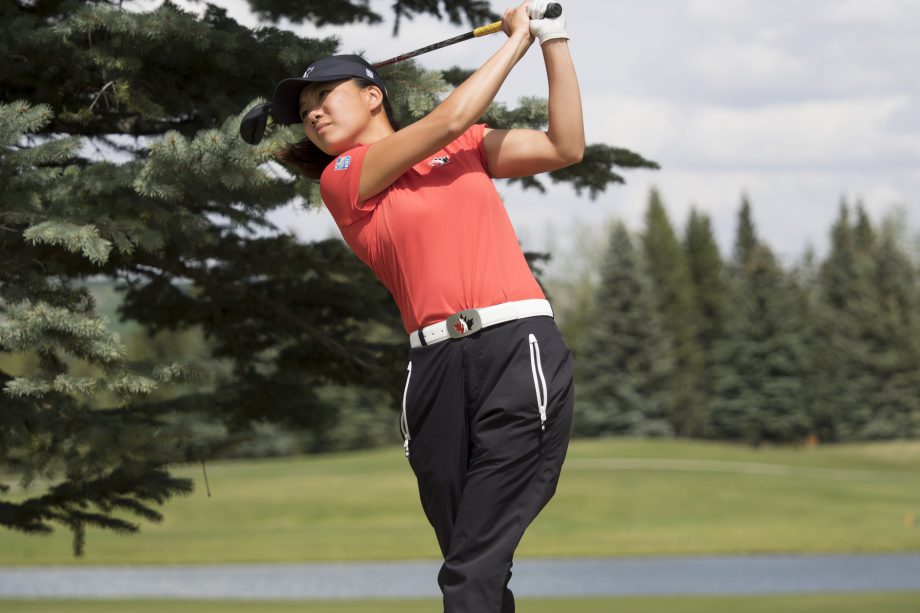 CALGARY – Jennifer Ha wins the 2015 Sun Life Financial Alberta Ladies Amateur after a rainy round at Lynx Ridge Golf Club, finishing -8, 205. It was a close finish between Ha and Garrison, with the two going head-to-head in the championship round. A strong front nine game, which included three birdies, put Ha ahead by four strokes to take the title.

“It feels incredible,” Ha reflects on her win. “This is definitely something that I’ve wanted to do for a long time.”

After recently graduating from Kent State University, Ha hopes to turn pro in the near future. “This is a big stepping stone. A lot of great players have won this event and I’m really looking for a chance to be following their foot steps.”

After ending the final round with a tie for lead, Meaghan LeBlanc and Jocelyn Alford were forced into a playoff for the Mid Amateur title. “I wasn’t really expecting to go out again,” says LeBlanc, from Bearspaw Country Club. She took the win with +9 for the tournament. “I was kind of surprised … I think I did well despite the weather.”

Meg Nicholson, also from Bearspaw Country Club, battled to first place for the Mid Master Championship win despite the poor weather conditions. “Thanks to all the competitors. Without everybody playing we wouldn’t have this,” Nicholson said of the tournament.

Photos from the championship can be found on Alberta Golf’s Facebook page, here.