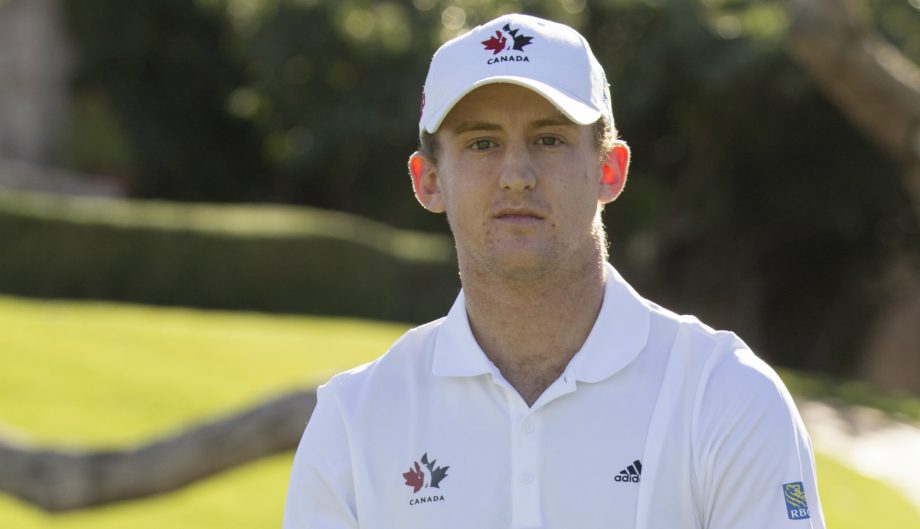 Team Canada National Squad member, Jared du Toit calls the feeling bittersweet. He is excited about what lies ahead, but also a bit sad about what he is leaving behind.

Du Toit, Canada’s top-ranked amateur golfer, is playing his final collegiate event for his Arizona State University Sun Devils this weekend and acknowledged in a telephone interview that he has been doing a lot of thinking in recent days.

The Kimberley, B.C., native finds himself reflecting on all the good times he has had at Arizona State and before that, the University of Idaho, where his collegiate golf journey began four years ago. But he is also feeling excited about the future and beginning the professional golf career he has long dreamed of.

“It is definitely pretty bittersweet,” du Toit said from suburban Chicago, where he and his Sun Devil teammates will tee it up in Friday’s first round of the NCAA Championships. “It’s kind of crazy. I’ve just been sitting here in my hotel room kind of thinking about things. I’ve been joking with the guys, saying ‘boys this is the last time I’m taking a plane with you to an event,’ just having some laughs. Right now it seems pretty bitter, but I am moving on to bigger and better things down the road and that will be pretty cool as well.

“It has been an awesome experience. I’ve met so many great people and I’ve been thinking about all the places we got to visit — from Hawaii, to Florida, New York, northern California. I have been very fortunate and have met some awesome people along the way.”

Du Toit, currently ranked 15th in the world amateur golf rankings, hopes he and his teammates can end the year on a high note with a big finish at the NCAA tourney. They qualified for the championships by finishing fifth at their regional tourney earlier this month in Austin, Tex. “We’re pretty excited about this week,” he said. “We’ve been playing well and are looking forward to going out on a high note.”

Du Toit, who won the 2015 B.C. Amateur Championship at Fairview Mountain in Oliver, finished tied for 10th spot at his regional tourney and feels his game is coming around. Earlier this spring he won a tournament at PGA West in La Quinta, Calif., and lost in a playoff in another.

“I have had some ups and downs this season,” he said. “I kind of got hot there early in the spring and then didn’t play well the last couple of events. I kept it together at regionals and for the past three events things have felt better and better, so I’m really excited about where things are now and how they’re looking heading into the summer as well.”

The NCAA Championships feature 72 holes of stroke play, with the 30-team field being cut to 15 teams for Monday’s final round of stroke play. The top eight teams then advance to match play, which concludes with the championship final on Wednesday (May 31). The goal for the Sun Devils is to get to the match play round.

“That has been the goal the entire year for the team,” du Toit said. “We had a team meeting at the start of the year and coach (Matt Thurmond) laid out some of the goals he expected and the ones we should expect and getting to match play is the goal for every team. We have a good chance. We have shown some good stuff this year, maybe haven’t been as consistent as we would have liked, but we definitely have the potential to have a good run this week and get into the match play.”

As pumped as he is to play in the NCAA Championships, du Toit can’t help but think of what comes next. He confirmed he will turn pro almost immediately after the NCAAs and hopes to play the Victoria and Kelowna stops next month on the Mackenzie Tour-PGA Tour Canada circuit.

“I am very optimistic about Victoria and Kelowna,” he said. “Nothing is finalized yet, but I am hoping to play those.”

To view the leaderboard for the NCAA Division I Championships, click here.