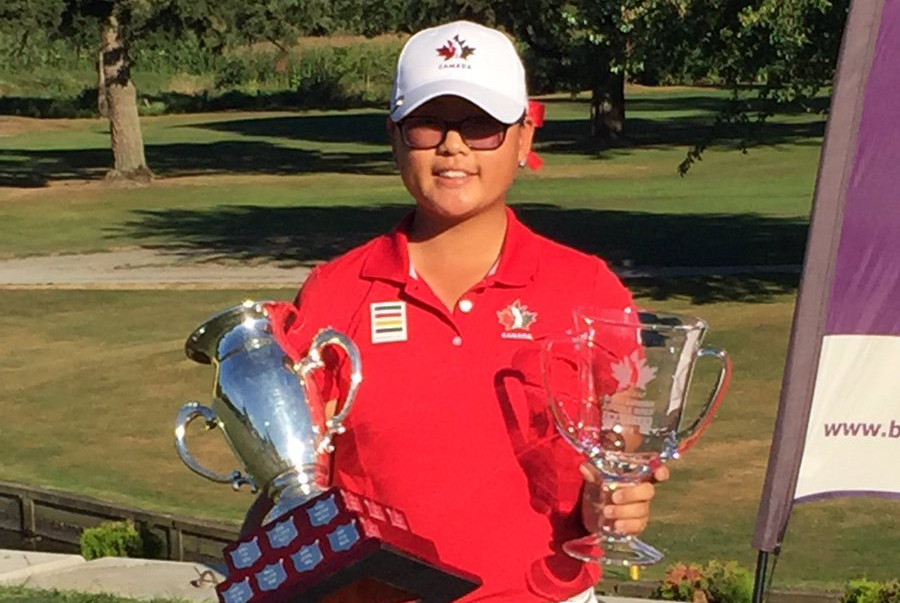 The Surrey, B.C., product entered the final round of 54-hole tournament tied with 13-year-old Akari Hayashi of Victoria at 3-under par. Lee held a one-stroke advantage through nine holes before eventually pulling away from Hayashi on the par-4 13th with a four-stroke swing. Lee went on to finish at 5-under for the tournament for a five stroke victory.

It was an extra sweet win for the 16-year-old, who relinquished a 4-shot final-round lead in last year’s event to finish runner-up.

“Last year I was leading going into the final round, so yes, it feels really good to finish this one off and win it,” said Lee.

In the boys’ division, Langley’s Khan Lee came out on top with a score of 5-under par (75-70-66) for a two-stroke victory over runner up Jeevan Sihota of Victoria.