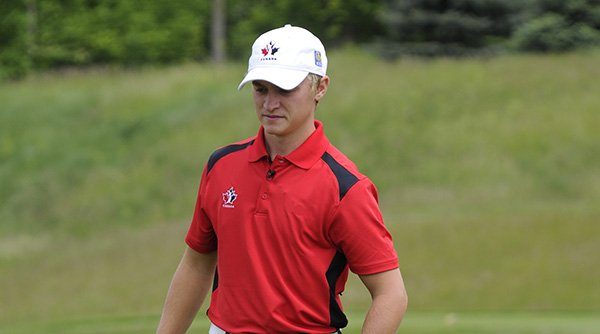 BUENOS AIRES, Argentina – Team Canada member Eric Banks finally ran out of steam on Friday, falling in his quarter-final match at the Argentine Amateur by 2 holes.

Banks, a Truro, N.S., native, fell at the hands of 13th seeded Luca Cianchetti of Italy at the Tortugas Country Club in the 120th running of the event. He exits competition as the 5th seed, earned by his runner-up finish in the two qualifying stroke-play rounds.

The 23-year-old had an impressive couple weeks in Argentina, which also included placing runner-up in stroke-play at the Tailhade Cup en route to winning the team event.