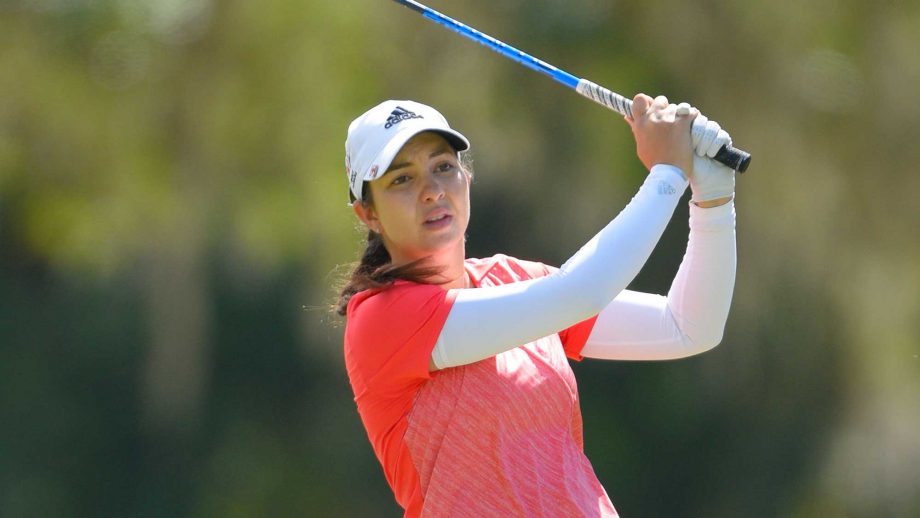 WINTER HAVEN, Fla. — Canadian Brittany Marchand of Orangeville, Ont., put up her third consecutive strong round to finish in solo 3rd after a 3-under 69 in Sunday’s final round of Florida’s Natural Charity Classic.

Marchand, 25, fell just short in her bid for a second career Symetra Tour title, finishing three strokes back in the fog-delayed season opener at the Country Club of Winter Haven. The Team Canada Young Pro Squad member posted a string of three straight birdies to momentarily hold the lead at 7 under par. It didn’t last long though, as Marchand slipped with back-to-back bogeys on Nos. 6 and 7.

.@Britt_Marchand with the easy birdie on No. 5, the last of three straight to give her the outright lead at 7-under par. #FLNatCC #Road2LPGA

She gave way to champion Lauren Kim, who closed the 54-hole event at 10 under par (69-74-63). The only thing that kept her from a real low number, Marchand said, was her putter.

“Backed her up with a couple bogeys, couple three putts. Just a little aggressive on the putting,” said Marchand. “I still felt like I knew I was hitting it well. I tried to erase those and had a little shaky middle. Gave myself a few more opportunities on the back. Another three-putt on No. 16, which is killer. I made three three-putts and shot three-under. There’s potential for sure.”

Performing as well as she did in the first tournament of the year, Marchand has plenty to build on.

“You can’t do anything about Lauren,” Marchand said with a smile on her face. “That’s just amazing. I’m happy with how I came out. I shot better today than I did the last two days. I just wanted to be able to play a solid round and let the chips fall where they did.”

Fellow Canadian Samantha Richdale fell out of contention after a 1-over-par 73. The 2016 champion and Kelowna, B.C., resident finished at 2 under in a tie for 11th.