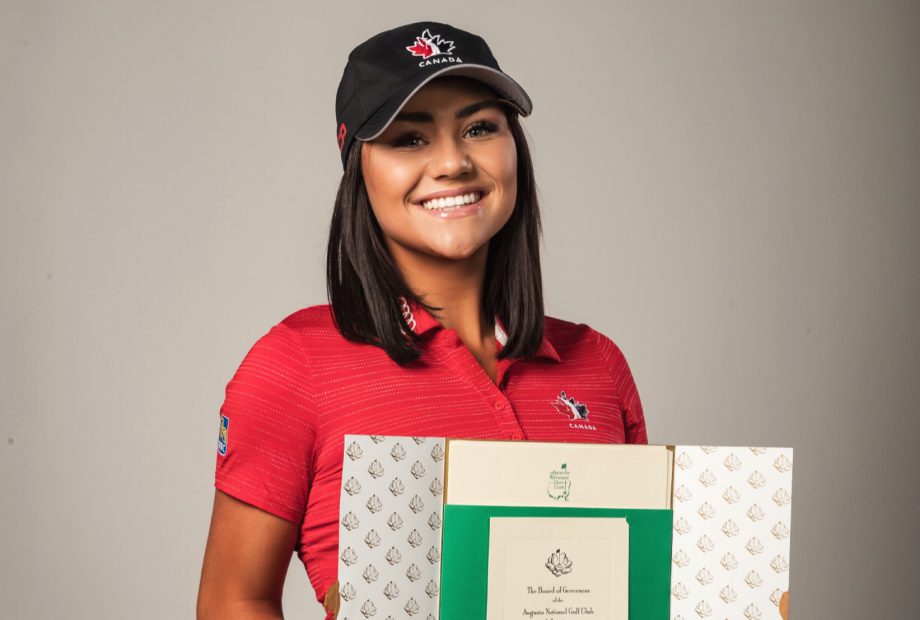 Brigitte Thibault of Rosemere, Que., is headed back to the Augusta National Women’s Amateur.

The 21-year-old National Team member was the only Canadian in the field at the inaugural event last year and was officially invited back on Saturday. Participating in the first-even women’s event at the prestigious course was the start of a career season for Thibault. She went on to win the Ontario Women’s Amateur Championship and the NCAA’s Mountain West Conference Championship.

Thibault, who is a member of Golf Canada’s national amateur squad, is entering her third season on Fresno State University’s golf team.

She was also part of Canada’s bronze-medal team at the Pan American Games in Lima, Peru, with Mary Parsons, Austin Connelly and Joey Savoie. After her productive 2019 Thibault was named the female amateur of the year by the Golf Journalists Association of Canada.

Although Thibault missed the cut at last year’s Augusta National Women’s Amateur she thinks the experience will set her up for greater success.

“There were things I did right, things I did wrong,” said Thibault. “Last year there was so much excitement and we didn’t really know what to expect. None of the players had an advantage. None of them had played there before.

Back to back ? #blessed pic.twitter.com/B4FT25dF5L

“So to know what we’re expecting to play, what shot you’re supposed to hit, and all these things are definitely good to have learned.”