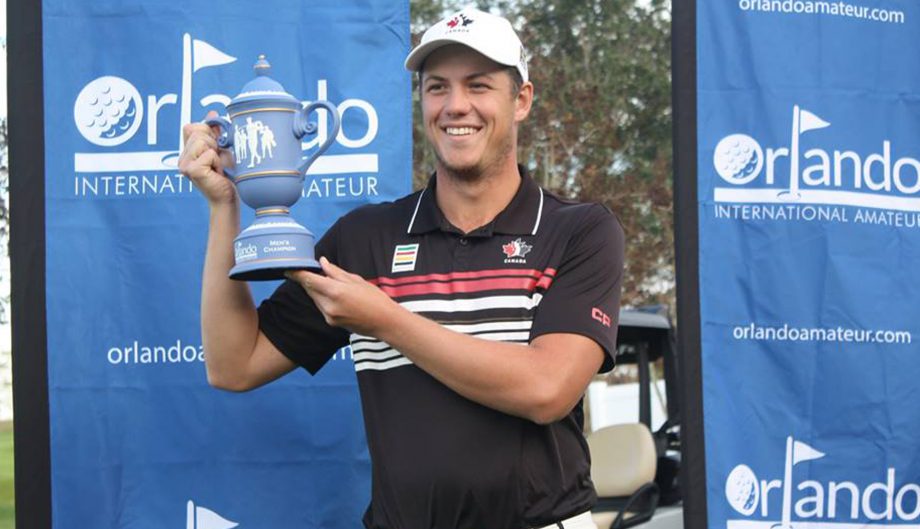 ORLANDO, Fla. – Hugo Bernard, a second-year Amateur Squad member with Team Canada, carded a final round 74 (+2) to outlast Ben Griffin in the second playoff hole on Friday to capture the Orlando Amateur at the Orange County National Golf Club.

The Mont-Saint-Hilaire, Que., product carded a tournament-low 66 (-6) on Wednesday to jump out to an early lead over the field. Bernard struggled to maintain his advantage during his final round, recording a five-over stretch through his first nine holes to set him back of the lead behind with Griffin of Chapel Hill, N.C.

The 22-year-old reigning Canadian Amateur champion battled back on his final nine with three birdies to force the playoff with Griffin, where he went on to win in the second extra hole.

Canadian Jean-Michel Paré of Victoriaville, Que. was the only other countryman to make the men’s cut at Orange County. On the women’s side, Noemie Paré—also of Victoriaville—was the lone Canuck to make the cut; she finished alone in 17th. Jessica Porvasnik, a senior at Ohio State, took home the hardware with an even score of 216 (68-73-75)—good for a three-stroke victory.