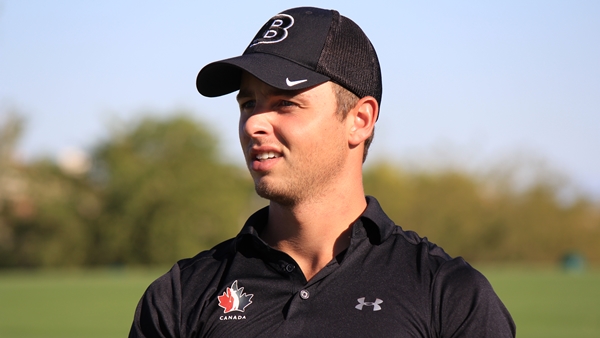 On Sunday, the Surrey, B.C. native was awarded the Jack Nicklaus Award, which is presented to the top NCAA Division, I, II, III, NAIA and NJCAA players of the year.

On the golf course this season, Svensson captured seven titles and finished no worse than 14th place in his 12 starts as a sophomore. His seven wins matched a record set by Stanford’s Tiger Woods in 1996 and Abilene Christian’s Alex Carpenter in 2001. This spring Svensson also set a new school scoring record when he fired a round of 61 at the Buccaneer Invitational. He also finished the season with a 70.05 stroke average

The Surrey, B.C. native was also recently named Barry University’s Male Athlete of the Year and is the first Buccaneer to receive the Jack Nicklaus Award.