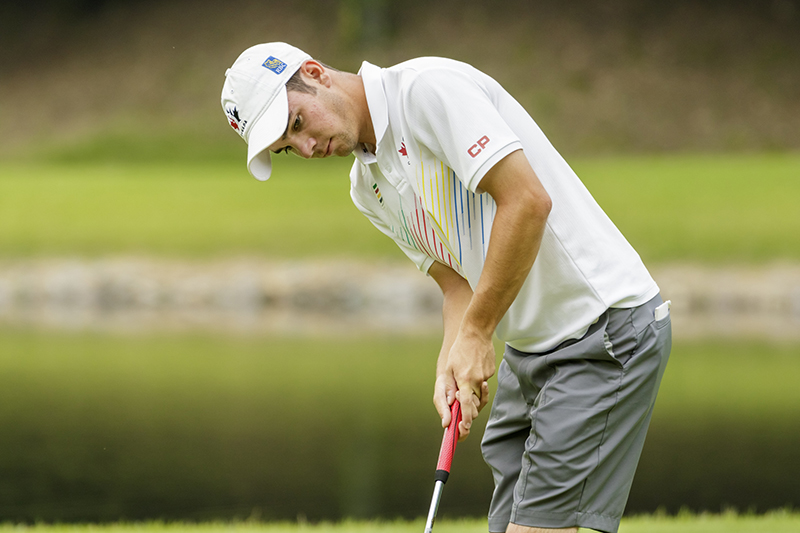 Team Canada’s foursome was led by the St-Jean-sur-Richelieu, Qué. product, Étienne Papineau. The 18-year-old carded a 2-under 69 to move up to eighth place individually.

Canada’s second round total was rounded by an even-par 71 from Trevor Ranton of Waterloo, Ont. and a 3-over 74 from Vaughan, Ont., native Tony Gil.

The team’s non-counting score of the day was posted by A.J. Armstrong of St. Albert, Alta., who struggled on the day with a 4-over 75 after opening with a 70 on Tuesday.

As a team, the Canucks currently sit alone in seventh place—where they finished in the tournament last year. With two rounds left to play, the quartet will look to chase down the Norwegians, who carded a remarkable 11-under 202 on Tuesday to take a three-stroke lead over host Japan (-10).

First round co-leader Sweden (-9) goes into Thursday’s third round in third place, ahead of three other teams: Korea (-7), Chile (-6), the United States (-5)—all joining Canada as the seven teams under par for the tournament.

Team Canada is paired up with South Africa and Mexico for the third round at the Chukyo Golf Club’s Ishino Course. Ranton will kick things off for Canadians at 8:40 a.m. JST.