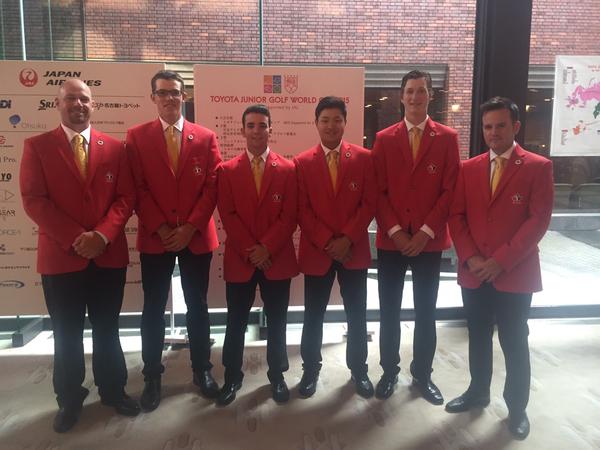 Leading the Canucks into battle is 18-year-old Étienne Papineau, who finished in a tie for 15th in last year’s event to earn low-Canadian honours. The St-Jean-sur-Richelieu, Qué., native is riding the momentum of two top-5 finishes in CN Future Links Championships already this summer and will look to continue his strong play in Japan.

Quarterbacking Canada’s team is Lead Development Squad Coach, Robert Ratcliffe. The PGA of Canada Class ‘A’ member is entering his third year coaching the event and knows what to expect this week.

“The field in this event is always very strong and ultimately it’s a great test,” said Ratcliffe. “We have prepared well for this event and are confident we can put up some low numbers together as a team.”

Joining Ratcliffe is Toronto native Matthew Wilson, who was appointed as Team Captain. Wilson started his teaching career under the direction of former Team Canada Head Coach, Henry Brunton. He has since become the Director of Instruction at La Rinconada Country Club in Los Gatos, Calif., where he was named to the US Kids Golf Top 50 Teachers list in 2014 for his outstanding work with juniors. Wilson is acting in his first role as a Team Canada captain in an international event.

Canada is one of 15 teams competing in the 72-hole stroke-play event, which follows a four-players-count-three format and is being conducted for the 23rd time.

Scoring will be available here.