Team Canada gears up to watch the Masters 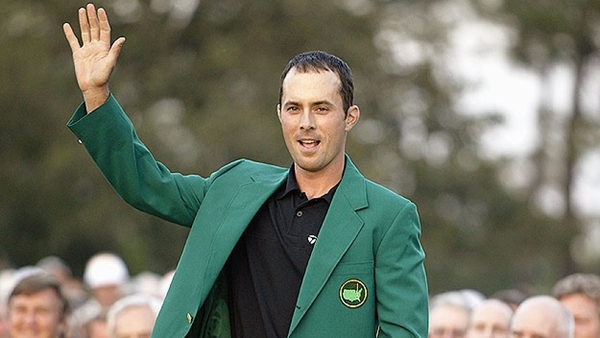 ‘Augusta’ James: a fitting name for one of Canada’s bright young National Amateur Team members.
Augusta was born on the opening day of the 1993 Masters, prompting her parents (both avid golf fans) to give the name to the budding NC State junior. James, 20, loves the name given to her and the meaning it carries.
“I absolutely love the name,” said James. “It’s a great reminder of how much the sport means to me and my family.”
Her father, Geoff, is the head pro at Loyalist Golf Club in the family’s hometown of Bath, Ont. Augusta explained that her most vivid memories of the Masters come from watching with her family in the comfort of their living room. With regret, she doubts she will have the time to watch this year’s tournament as she will be busy with her NCAA training schedule.

Derek Ingram, Head Coach of the Men’s National Team, remembers Mike Weir’s win at the 2003 Masters like it was yesterday. He didn’t shy away from the truth, either – the Winnipeg native admitted to shedding a tear or two after Weir won the green jacket.
“I actually cried I was so happy,” he laughed. “I’m a very patriotic person and obviously, golf is a very important part of my life.”
Ingram was watching Weir from a clubhouse locker room in Mexico, where he was coaching Canadians to qualify for the World Jr Championship.
“We had just qualified, so they were playing the Canadian National Anthem while raising the flag,” said Ingram. “It was something special that I will never forget.”

The Oklahoma University senior remembered it well because of how Watson handled himself after the win.
“It was very touching, and full of emotion,” she said. “It’s hard to forget a win like that.”
Tanguay, 23, states she would love to see Rory McIlroy bounce back after his disappointing loss in 2011. She will be watching from the golf facilities at Oklahoma University.

Ann Carroll, Women’s Development Squad Coach, remembers the iconic 1986 Masters when Jack Nicklaus stormed back to win it at age 46.
“I still have chills when I think of that back nine when he shot 30,” Carroll said with excitement. “I was in my little apartment in Tallahassee when I was going to Florida State – Jack’s son Gary also attended there so that was a cool connection.”
Carroll will be hosting a Masters party, where she hopes to see an exciting finish with an unproven underdog rising up for the win.

Garrett Rank, National Men’s Amateur Team member, is keeping his fingers crossed for Saskatchewan’s Graham DeLaet to be in contention on Sunday’s final round. Rank, 26, just narrowly missed his own chance to play in the 2012 Masters.
The University of Waterloo graduate lost on the 36th and final hole of the 2012 U.S. Mid-Amateur Championship, finishing as runner-up (the winner receives exemption). Even though the Elmira, Ont., native missed the opportunity by one shot, it still remains his greatest feeling surrounding the Masters and he hopes to create that chance for himself again.

National Women’s Amateur Team Head Coach, Tristan Mullally, had the pleasure of walking the course at the 2003 Masters.
Mullally was in attendance to soak in the atmosphere as well as to scout the course as the coach of well-known professional, Graeme McDowell. McDowell did not qualify for the event that year so he and Mullally walked the course together and witnessed Mike Weir at his best.
“It was a really special experience for me,” said Mullally. “You don’t really understand the difficulty and slopes of Augusta until you see it for yourself.”
Aside from walking Augusta, Mullally’s favourite memory would be Nick Faldo’s triumphant victory at the 1996 Masters where he overcame a six-stroke deficit to defeat Greg Norman, who faltered down the stretch.