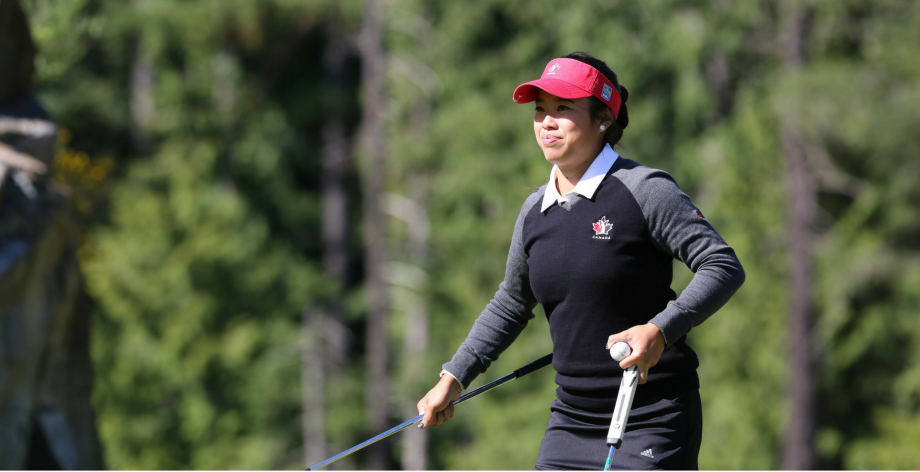 MAYNOOTH, Ireland — After getting off to a rocky start at the World Amateur Team Championships, Team Canada climbed the leaderboard during round two and three. The Canadian trio, consisting of Team Canada Amateur Squad’s Jaclyn Lee, Naomi Ko and Maddie Szyerk, will start the final day tied for 12th in the hunt the Espirito Santo Trophy.

Calgary’s Lee has been instrumental in boosting the team up the leaderboard carding rounds of 69 and 72 and a total of ten birdies against six birdies over the last 36 holes. The 21-year-old Ohio State amateur, who started the tournament tied for 75th, now sits T16 heading into Saturday’s final round.

22-year-old Szyerk, of London, Ont., fired her second 71 of the tournament to share a piece of 51st.

In windy conditions and playing against the other two teams on the top of the leaderboard on the Montgomerie course, the USA posted a 54-hole score of 19-under 415 to extend its lead to five strokes over defending champion Republic of Korea and six over Japan.

“It was a really tough day, and everyone had to grind,” said USA captain Stasia Collins. “We were on 12 and we had two players at plus 3, and I told them that their scores might count, and they had to grind it out. They worked very hard and made some birdies coming in. It was great.”

One of those players was McCormack medal winner, 2017 Canadian Women’s Amateur champion and World No. 1 Jennifer Kupcho, who shrugged over a shaky start and posted four birdies on her last four holes for 1-under 71.

“I was struggling with putting so I decided instead of lining up the ball, I would set the ball down the putt like I do in practice,” said Kupcho, who won the 2018 NCAA Women’s individual title playing for Wake Forest. “I don’t’ focus that much and I just hit it. It worked really well, and I made some putts and got my confidence back and I birdied the last two holes, which was a bonus.”

Conducted every two years, the World Women’s Amateur Team Championship has been staged since 1964, with the winner earning the Espirito Santo Trophy. The World Amateur Team titles are contested over four days of stroke play.  In each round, the total of the two lowest scores constitutes the team score for the round. The four-day total is the team’s score for the championship.