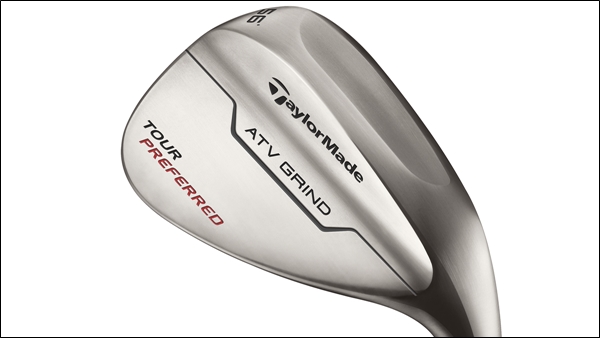 CARLSBAD, Calif. – TaylorMade has announced the release of its highly anticipated Tour Preferred wedges – the Classic Grind will be available at retail on April 18 and the ATV Grind will hit stores June 15.

“We dedicated three years to meticulously dialing in all shapes and dimensions,” said Tomo Bystedt, TaylorMade’s Director of Product Creation for Irons, Putters and Wedges. “The outcome is two extremely versatile sole grinds in the Tour Preferred category. We combined that with a raw Micro Texture face to make this wedge truly worthy of the Tour Preferred name.”

The first sole option is a new Classic Grind for the player who prefers a clean, classically designed wedge with a very traditional shape. This model is offered in lofts of 50, 52, 54, 56, 58 and 60 degrees with tour-proven bounce options. The design is clean with slight progressive camber (more in the higher lofts) and generous heel relief. The heel relief allows for the versatility of a C-grind on open-faced shots but retains the main sole surface for better performance on full swings and shots from the bunker.

The second option is a refined ATV Grind, inspired by the popular All Terrain Versatility design. The new ATV Grind boasts a reshaped sole that’s slightly narrower. This allows better performance on open-faced shots and on tight lies. The ATV Grind promotes less bounce on full shots, chip shots and out of the sand, while maintaining higher bounce on open-face shots that are crucial around the green. The ATV grind will be available in lofts of 54, 56, 58 and 60.

The week after Tour Preferred Wedges were introduced on the PGA Tour, 25 were in play at the 2014 Valero Texas Open. Players who elected to put the new wedges in the bag included two-time U.S. Open Champion Retief Goosen, Camilo Villegas, Sean O’Hair and Carl Pettersson.