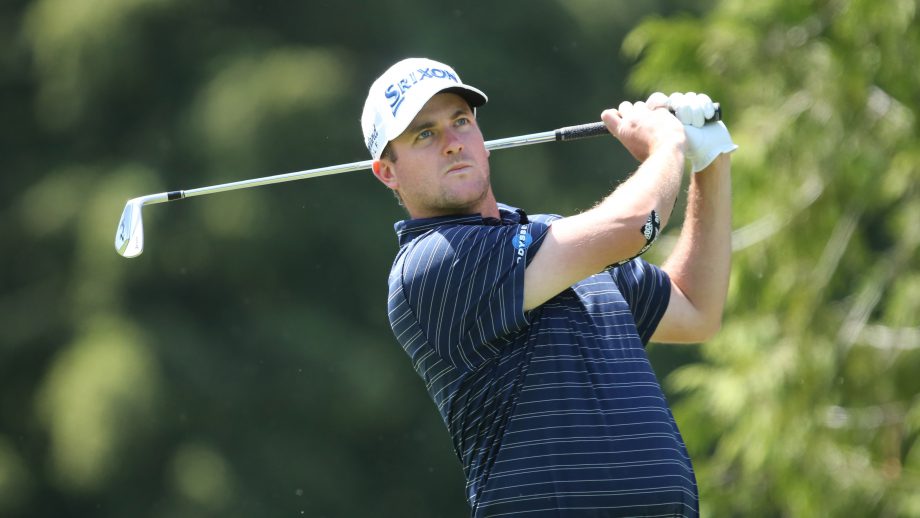 Victoria, British Columbia, Canada — Taylor Pendrith, a highly touted Canadian golfer who finished the 2015 season as the third leading money winner on the Mackenzie Tour order of merit, shot his lowest professional round since 2015 with Thursday’s 64 after the first round of the Bayview Place DCBank Open at Uplands Golf Club.

Aaron Cockerill is eyeing the prize of Freedom 55 Financial Canadian Player of the Week after finishing the first round as co-low Canadian alongside Taylor Pendrith. The Winnipeg, Manitoba, native opened with a 64 which included a chip in on the 18th hole for his fourth birdie in a row to close out the round.

When you’re on, you’re on and Zach Wright didn’t lose any momentum on the ferry ride across the pond from Vancouver to Victoria.

Wright was near perfect during the first round making nine birdies and just a single bogey to fire an 8-under 62.

“I hit a couple close again and just had to tap it in,” said Wright, coming off a second-place finish at last week’s Freedom 55 Financial Open in Vancouver. “My putter got going on my seventh hole, I made one and then it just kept going.”

The 24-year-old kept it simple early on, making birdie on his second hole of the day before giving the stroke back when he failed to get up-and-down on the par-3 14th hole. From there in, Wright played flawless golf, making three straight birdies from 7-9 to finish the front in 32 strokes, and added another on his 10th for four in a row.

The 2016 Louisiana State University grad polished off his 62 with another stretch of four-straight birdies from 14-17 to sign for his lowest ever score on the Mackenzie Tour.

“I hit a bunch of fairways today which made it easy because it’s a short course,” said the Phoenix, AZ, native. “If you put yourself in the middle of the fairway you’ve got wedges in and you can attack the golf course.”

Wright made eight starts on the Web.com Tour last season, and after making only a single cut, appears to be on a mission in Canada to reclaim status with his improved golf game.

“When you’re playing well you don’t really think about the score, you’re just looking for your next birdie, per se, so I was just trying to hit good shots and make putts,” added Wright. “playing well, it’s easy to come in here with confidence.”

Trailing Wright is Blake Sattler, who fired a first-round 63 with an eagle on his 16th hole.
Partner message