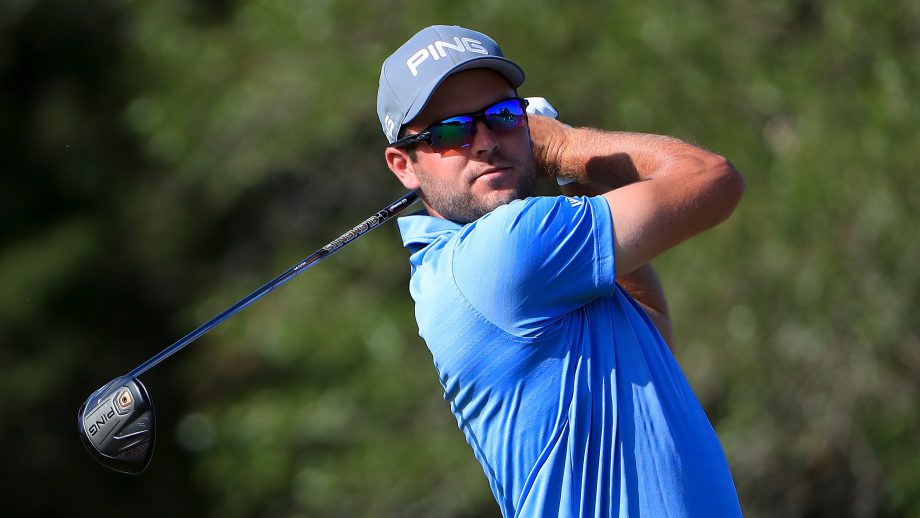 DALLAS – Nick Taylor of Abbotsford, B.C., and Corey Conners of Listowel, Ont., are the top Canadians at 2 under after the first round at the AT&T Byron Nelson in Dallas, TX. Ben Silverman of Thornhill, Ont., (70) is right behind the duo while David Hearn Brantford, Ont., (71) is even.

Marc Leishman enjoyed the old home of the AT&T Byron Nelson as much as anyone, considering he made the last nine trips there and had one of the best scoring averages in tournament history.

The Australian might take a liking to the new place as well.

Leishman shot a 10-under 61 on the links-style Trinity Forest course to take the first-round lead Thursday and was eight shots clear of hometown star Jordan Spieth in the event that returned to Dallas after 35 years at the TPC Four Seasons in suburban Irving.

Considering the criticisms of Trinity Forest from others – mentioned vaguely by players who did show up – Leishman wouldn’t have needed much to join that chorus after a history of high finishes in Irving despite a couple of recent missed cuts.

Instead, Leishman opened with an eagle, started the back nine with three straight birdies and reached 9 under with another eagle at the 14th.

The 34-year-old, a three-time PGA Tour winner, had chances to go lower but settled for a 10-foot birdie putt at the par-3 17th for the lowest round of his PGA Tour career. He was a stroke shy of the Nelson record.

“Probably would have been the harshest critic, I think,” Leishman said with a smile. “I played very well over there. When I got here and saw instantly, you know, was happy that we’re here and it’s just a cool spot.”

J.J. Spaun and Texan Jimmy Walker were three shots back at 64. Spaun had six birdies in a span of seven holes for a 30 on his second nine – the front nine on the undulating layout with no trees or water hazards a few miles south of downtown Dallas.

Walker had a chance to get to 8 under when his shot from the edge of a fairway bunker on 18 rolled within a foot of the cup before settling 14 feet away. He missed the birdie putt.

Spieth, one of just two world top-10 players in the Nelson field at No. 3, didn’t have many chances and missed on some of the few that he did, starting with a short birdie putt for a disappointing par 5 on the opening hole.

It was another frustrating round for the 24-year-old Spieth, a Trinity Forest member who was hoping the venue change would help him top his best Nelson finish. That was a tie for 16th when he was a 16-year-old amateur playing for a private high school in Dallas.

Spieth had just three birdies when the course was at its easiest because of calm winds. His bogey on the short par-4 fifth came after he drove the green and then sent an 82-foot putt off it.

“Looking back the last year and a half I’ve had maybe four, five opportunities where I’ve actually been in a tournament after the first round which is really frustrating,” Spieth said. “Thursdays for whatever reason just haven’t been good days for me.”

Saunders, Wise and Mitchell each opened with a birdie as the first to tee off on the par-5 first. Saunders had the most birdies of the trio with eight, Wise had seven and Mitchell had a bogey-free round.

The grandson of the late Arnold Palmer, Saunders played Trinity Forest before the Nelson last year and made up his mind then he would return for the debut.

“I think it’s a very fair test of golf,” said Saunders, who missed the cut at the last two Nelsons in Irving. “There was a lot of thought put into all the slopes out there. You’ve got to think your way through it a little bit more than some of the courses we play.”

Horschel said he didn’t do enough thinking after losing the momentum of an eagle at the par-5 14th on his front nine with bogeys at 16 and 18, both par 4s. And yes, he said they still count as mental mistakes even though he and most of the field don’t know the course very well.

“It’s stupid idiot errors,” he said with a chuckle. “It’s knowing what I shouldn’t do and it’s just me trying to get greedy. I know better than that on certain shots.”

With a forecast of stronger winds and temperatures in the mid-90s on Friday, Trinity Forest figures to play a little tougher after 103 players broke par in its debut. Spieth will be surprised by a repeat of Leishman’s number.

“Looking at the forecast, I don’t think that will happen again,” Spieth said. “I’m excited there’s wind. I wish it was windy every day. I really struggled when there’s been no wind compared to the field this year and today was no different.”

And all too familiar for Spieth in front of the home folks.