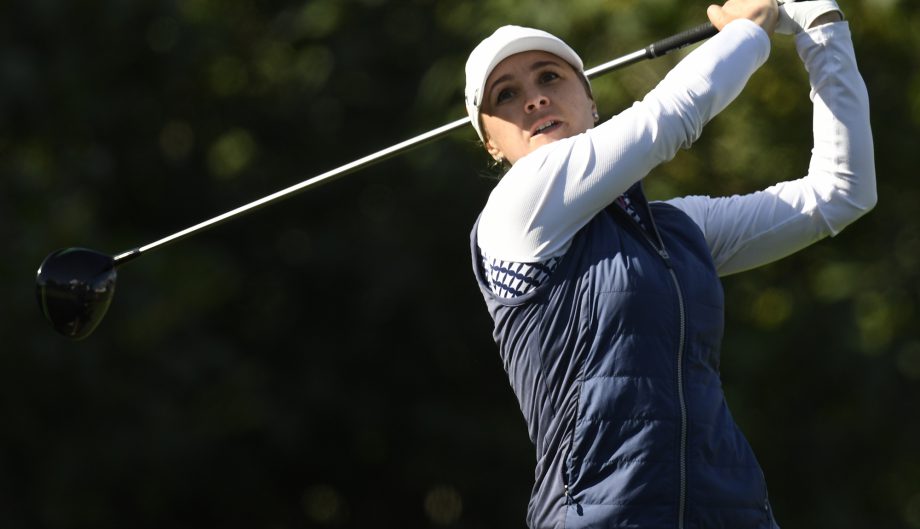 The Symetra Tour, the official qualifying Tour for the LPGA, is in Daytona Beach for the final event of the 2017 season. The top 10 money-earners at the end of the Symetra Tour Championship will earn LPGA Tour cards for the 2018 season. Canada’s Anne-Catherine Tanguay (Quebec City) currently sits at No. 7 with $73,309 while Brittany Marchand (Orangeville, Ont.) is No. 21 with $32,638.

The Symetra Tour Championship is a 72-hole tournament that starts on Thursday, October 5 and concludes on Sunday, Oct. 8. There will be a cut to the low 60 and ties following second-round play on Friday, Oct. 6.

After 21 events in 14 states around the country, the top 108 rising stars in women’s golf are at LPGA International to vie for a share of the $200,000 purse and the winner’s payout of $30,000. The field includes players from the United States and 23 countries around the globe.
Play will start at 8 a.m. all four rounds. The final-round will be broadcast on Facebook Live from 1 -3  p.m. with host Amy Rogers and analyst Gail Graham, a two-time LPGA Tour winner.

The Symetra Tour Championship is the sixth event in a row for the Tour. The grueling stretch started in Sioux Falls, South Dakota on August 31. As you would expect, the field is incredibly strong with all the top players fighting for a spot in the top 10 or a chance to skip Stage II of LPGA Qualifying Tournament (top 15 after the top 10 excluding LPGA Tour members). The top 23, all with a fighter’s chance to make the top 10, are in the field. In fact, the top 30 on the Volvik Race for the Card money list are all in the field.

The Symetra Tour has played the Tour Championship at LPGA International since 2012. Daniela Iacobelli won the inaugural event at LPGA International to earn her Tour card. She is back in the field this week. Megan McChrystal won in 2013, Marita Engzelius won in 2014 and Sherman Santiwiwatthanphong won in 2015. Nicole Broch Larsen won the Tour Championship in 2016, which was played at Alaqua Country Club in Longwood due to Hurricane Matthew.

WHO’S LOCKED FOR THE LPGA: The Symetra Tour has determined that the top five on the Volvik Race for the Card money list – No. 1 Benyapa Niphatsophon, No. 2 Celine Boutier, No. 3 Hannah Green, No. 4 Nanna Koerstz Madsen and No. 5 Erynne Lee – have already secured their LPGA Tour cards for 2018. Regardless of what they do this week, they are safe to finish in the top 10. Here is information on all five:

Celine Boutier, 23, Montrouge, France – She won two of the biggest purses on Tour this year – the Self Regional Healthcare Foundation Women’s Health Classic and the Sioux Falls GreatLIFE Challenge. She is as consistent as they come and has made the cut in 18 of 19 starts. She was the 2013-14 WGCA National Player of the Year at Duke. Hannah Green, 20, Perth, Australia – She captured her third victory on Monday at the IOA Golf Classic and also won the Sara Bay Classic and the Murphy USA El Dorado Shootout. She has 11 top 10 finishes. Green has become good friends with Karrie Webb and grew up playing junior golf with Minjee Lee. She finished second to Lydia Ko at the 2015 New Zealand Women’s Open.

Nanna Koerstz Madsen, 22, Copenhagen, Denmark – She won her third tournament in just her 11th start of the season. Koerstz Madsen played in three LPGA events this year through her Battlefield Promotion. She won on the Ladies European Tour (LET) in 2016 and represented Denmark at the 2016 Rio Olympic Games.

Erynne Lee, 24, Silverdale, Washington – She won twice this year at the Donald Ross Centennial Classic and the FireKeepers Casino Hotel Championship and has six top 10 finishes. She won her first event on the Symetra Tour to start the 2016 season, but did not win again until the middle of this year. She didn’t notch a top 10 finish in the first seven events and then dad, Brian, came out on her bag and things changed for the better. Lee’s mom passed away in 2011 while she was a freshman at UCLA.