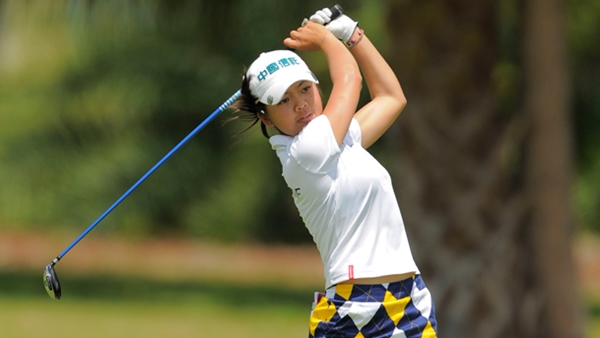 GREENWOOD, S.C. – Taiwan’s Wei-Ling Hsu won the Symetra Tour’s Self Regional Healthcare Foundation Women’s Health Charity Classic on Sunday, closing with an eagle for a 4-under 68 and a five-stroke victory.

“It’s very exciting to win this tournament,” Wei-Ling Hsu said. “The big prize is very good. … A four-day event is very tough and everybody knows how important the money list is on the Symetra Tour. We also have to travel a lot and spend a lot of money and the money is very important for me and my family.”

Sara-Maude Juneau, a former member of Team Canada, finished tied for eighth at even par after a 4-under par 68 during the final round. The Fossambault-sur-le-Lac, Que. native picked up a $4,490 (U.S.) paycheck for her troubles.

Maude Aimee-LeBlanc of Sherbrooke, Que., currently ranked 10th on the Tour’s money list, tied for 22nd at 5-over par.