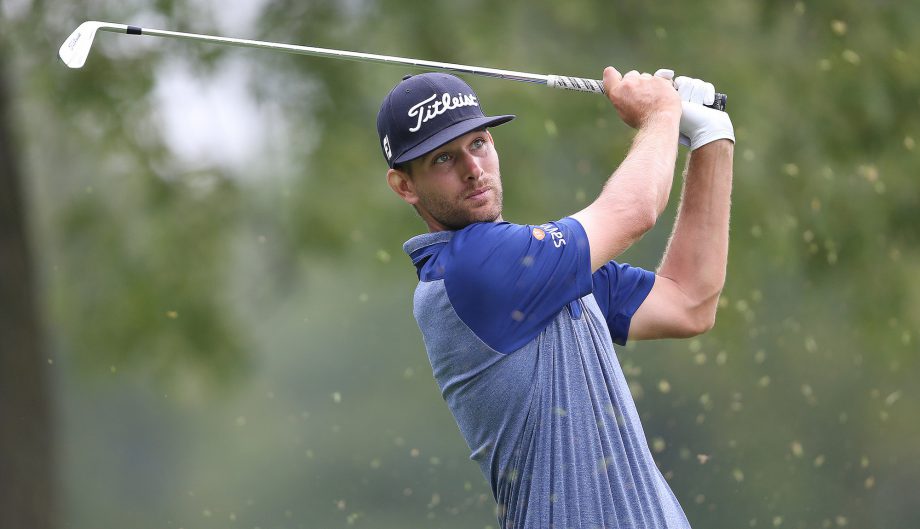 Jacksonville Beach, Florida’s T.J. Vogel carded a 3-under 67 on Friday at Uplands Golf Club to take a two-stroke lead into the final round of the Bayview Place Cardtronics Open presented by Times Colonist, the second event of the 2017 Mackenzie Tour – PGA TOUR Canada season.

The 26-year old made three birdies, an eagle and two bogeys to maintain his overnight lead of two strokes over Lake Mary, Florida’s Jhared Hack and Dusseldorf, Germany’s Max Rottluff heading into Sunday’s final round.

Vogel, a former college standout at the University of Florida and University of Southern California, bounced back after he held the 36-hole lead last week in Vancouver and ultimately fell to a 3-over 75, instead taking an aggressive approach into this weekend at Uplands.

“That was huge for me to know that that mindset is what’s going to work at this level,” said Vogel. “You don’t want to come out complacent.”

Do you like birdies? We’ve got birdies in bunches.

A low round was certainly a requirement to keep the lead on Saturday, as multiple players carded rounds in the low 60s to set the pace. Danville, California’s Cody Blick set the new Uplands course record with a 10-under 60 – narrowly missing out on a 59 after bogeying the 18th hole – while Calgary, Alberta’s James Love shot 61.

“There are too many good players on this Tour that will catch you, so you need to go out there, take care of business and make more birdies,” said Vogel.

Vogel’s round was keyed by an eagle at the 335-yard par-4 13th, where he took driver off the tee and reaped the benefits of a solid swing, hitting it to 14 feet and making the eagle putt.

“That was an aggressive play. I did it last year, driving the green, and I figured I was driving it well. I just had to trust myself, and I made a great swing and had a good look,” said Vogel.

Rottluff pitched in for birdie at 18 to shoot 63 and reach 13-under, while Hack carded a 67 alongside Vogel to keep pace and share second going into Sunday.

BACKGROUND ON THE LEADER: As an amateur, Vogel was one of the country’s top players, having claimed the 2012 U.S. Amateur Public Links to earn a spot in the field at The Masters the following year. He was an NCAA All-America selection at both USC and Florida before turning pro, and has since made 58 combined starts on the PGA TOUR, Web.com Tour, Mackenzie Tour and PGA TOUR Latinoamérica.

After taking the 36-hole lead last week in Vancouver, Vogel said he learned what not to do with the lead, having tried a more conservative approach that led to closing rounds of 75-71 and a T14 finish.

“3-under’s a lot better than 3-over,” said Vogel, comparing his differing third rounds over the last two weeks. “I just had a totally different mindset today. I just focused on trying to stay aggressive pretty much the whole day, and that was the key.”