Swing into history with the Beaches and Bunkers Tour 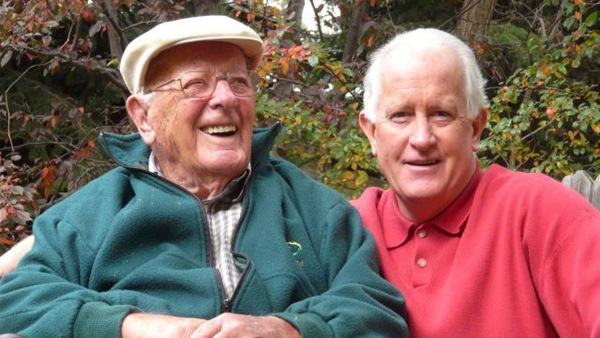 If you’re a Canadian who loves golf, history and philanthropy then the Beaches and Bunkers Tour is undeniably for you.

Golfers signing on for this once-in-a-lifetime tour will be treated to an escorted nine day tour of France, Belgium and Holland, where they’ll learn about the locations and battles of the Second World War. Participants of the unique tour – slated for June 8-17, 2014 – will also have the opportunity to test their golf skills during four rounds of golf.

“My father was a gunner in the 6th Field Regiment, 2nd Canadian Division,” said Robb Lucy, the tour’s organizer. “I never learned about his experiences when I was a kid except that, as a scratch golfer, he carried his good luck three iron throughout the war.”

Lucy went decades without fully understanding the heroic adventures of his father and other Canadian troops. A trip he took with his father 20 years ago would change that.

“On the 50th anniversary of D-Day we went back to the beach and followed his footsteps of 1944-45 through France, Belgium, Holland and Germany,” Lucy added. “We visited many of the spots where experiences scared him, shaped his character, and confirmed his philosophy on life.”

Lucy’s father passed away four years ago, however, the experience of visiting Europe with his father is one he won’t soon forget – and it’s one he wants to pass on to others.

“So few really know what happened 70 years ago,” Lucy explained. “This tour is an admonition for us to not let the stories of those who shaped our lives and our country disappear forever.”

Beaches and Bunkers will be led by Terry Copp, Canada’s most accomplished military historian. Copp is a long-serving and charismatic professor at Wilfrid Laurier University. Among many accolades, he’s also the founder of the Laurier Centre for Military Strategic and Disarmament Studies.

A portion of the tour’s proceeds will benefit McDermott House Canada, a charity dedicated to serving those who serve.

For more details, including costing and a detailed itinerary of the tour, please visit the Beaches and Bunkers website.