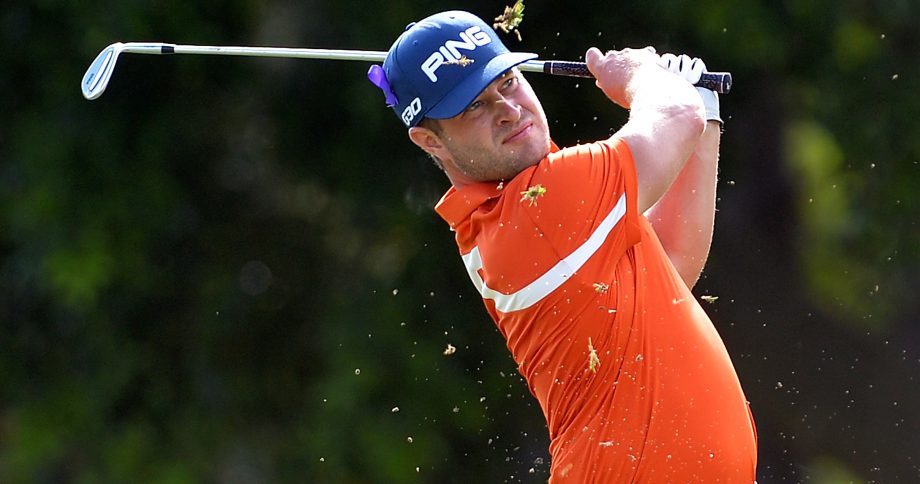 GOLD COAST, Australia – David Lingmerth of Sweden shot a 4-under 68 on Friday to take a one-stroke lead after two rounds of the Australian PGA championship.

Lingmerth had a 36-hole total of 3-under 141 on a Royal Pines course playing slightly easier than Thursday, when rain and gusting winds prevented all but six players from finishing under par in the European Tour co-sanctioned event.

Only 12 players were under par after the second round.

“This gives me some confidence going into the weekend, but at the same time, these are all players that can shoot seven, eight under, both rounds out there over the weekend,” Lingmerth said. “I’m going to have to play very well to win, but I do feel like I should have a good shot.”

One of five players tied for eighth, two strokes behind Lingmerth, was U.S.-based Australian Rhein Gibson, who shot 64 on Friday after an opening 79.

Gibson said he rated Friday’s round better than his unofficial 16-under-par 55 he carded in an out-of-competition match with friends in Oklahoma three years ago.

“Under tournament conditions … this course is tough,” said Gibson, who has qualified for next year’s PGA Tour after finishing 10th in the Web.com Tour finals.

“To be able to do that on a Friday to make the cut and get back in contention, it’s probably better than a 55.”

American Brandt Snedeker, the highest-ranked player in the tournament at No. 38, missed the cut after an opening 84. He shot 75 Friday and was 15-over to miss qualifying by nine strokes.

Snedeker promised to come back to Australia and play better.

“I definitely feel embarrassed about my play the last two days,” Snedeker said. “I’m going to need to come back down here and redeem myself. I feel like they deserved better and my game was not up to it obviously.”

Defending champion Greg Chalmers shot 76-75 to also miss the cut by one stroke.