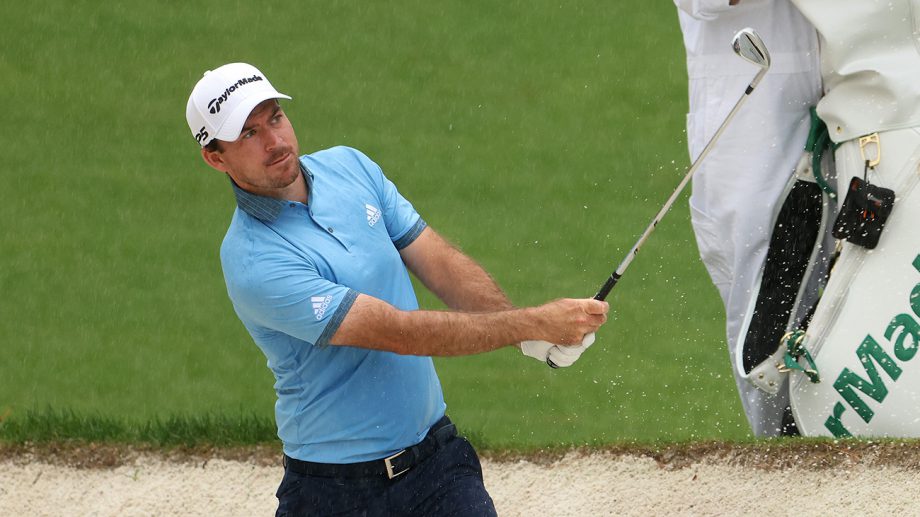 AUGUSTA, Ga. — No spectators, no roars.

Paul Casey still had no problem finding enough energy from the sheer mystique of the Masters on Thursday in an opening round that was delayed seven months by a pandemic and then nearly three hours by thunderstorms.

It carried him to a 7-under 65, matching his lowest score at Augusta National and giving him a two-shot lead among those fortunate enough to get in 18 holes before it was too dark to continue.

“So many people like myself are just excited to play this,” Casey said. “This is a treat. It always has been and always will be a real treat.”

The autumn Masters brought a different course, for sure, some of that courtesy of the weather.

The downpour that began about 30 minutes after Jack Nicklaus and Gary Player hit their ceremonial tee shots, coupled with a November tournament with some Bermuda grass that still hasn’t gone dormant, left Augusta National soft and vulnerable to low scores and far less punishment.

Defending champion Tiger Woods even got into the act. A notorious slow starter despite his five green jackets, he played his first bogey-free round at any major in 11 years and matched his low start at the Masters with a 68.

“I put a lot of it together today,” Woods said, his only regret not making a few more putts. He finished with eight pars.

The biggest crowd — about 100 people in this case — was two groups ahead of Woods watching Bryson DeChambeau smash shots into trees and one shot into the azaleas bushes behind the 13th green. He was lucky to find it because his provisional shot went into the creek. He still made double bogey, though he managed to scratch out a 70.

So much action, typical of the Masters, and so little volume.

And it was worth the wait caused by COVID-19.

“I was vocal earlier in the year about not enjoying golf in a pandemic,” Casey said. “I didn’t know how the fan-less experience would be and so far, I’ve not enjoyed it. I’ve had nothing, or very little, to draw on from being out playing tournament golf. The Masters, though, this week it still has a buzz to it. There’s an energy and a little bit of vibe.

“Yes, it’s clearly a lot less than what we’re used to. But there’s something about this place. I felt excited to be here.”

The excitement for Casey began on the fearsome 10th hole when he hit his approach to a front pin about 5 feet away for birdie. He had eagle chances on both par 5s on the back nine and settled for birdies. He took on a left pin at the par-5 second with a 6-iron and watched the ball plop 6 feet away for eagle.

There was a lot to be excited about on several scorecards.

Webb Simpson played a tidy round, making eagle on No. 2 after the turn and finishing with seven pars for a 67. He was joined by Xander Schauffele, a runner-up to Woods last year, who had seven birdies in his round of 67.

“You’re going at pins that you wouldn’t really feel that comfortable with,” Schauffele said. “There’s so many spots where your ball will stay. It was just really strange.”

Lee Westwood wasn’t sure he would ever make it back to the Masters, earning a ticket back with his tie for fourth in the British Open last summer. The best player without a major showed he still has some life at age 47. He shot 31 on the front and limited the damage on the back for a 68, joining the group that included Woods, former Masters champion Patrick Reed, Hideki Matsuyama and Louis Oosthuizen.

Dustin Johnson, the world’s No. 1 player, was among those who played in the afternoon and had to return Friday morning to finish. He opened with an eagle on No. 2 and was 3 under at the turn. Justin Thomas started with three straight birdies and was at 5 under through 10 holes.

Rory McIlroy also played in the afternoon, made bogey on his first hole and was struggling to make birdies. He was even par at the turn, which felt worse on a day like this.

Canadian Mike Weir had a solid day, finishing his first round at 1-under 71. The 2003 Masters champion from Brights Grove, Ont., was the best scoring Canadian out of those who were able to finish their round. Corey Conners of Listowel, Ont., and Abbotsford’s Adam Hadwin both shot a 2-over 74.

Nick Taylor of Abbotsford, B.C, also ended the day at 1 under. A later tee time and a morning delay due to weather meant that he only got through hole 13 — play was halted due to darkness at 5:30 p.m. ET. Taylor will return to the course Friday morning to complete his first round.

The delay was the last thing the Masters needed with limited daylight hours leading to the two-tee start. Every minute counts, and it was doubtful 36 holes could be completed by Friday.

The loudest cheer — applause, certainly not a roar — came for Nicklaus and Player hitting tee shots so early that they couldn’t see where they landed. Five groups got through one hole before the siren sounded to stop play for 2 hours, 45 minutes. And then players began to light up the course as the clouds moved to the east and those famous shadows from Georgia pines stretched across the fairways.

It looked just the Masters, minus the spring blooms, even if it didn’t sound like one.