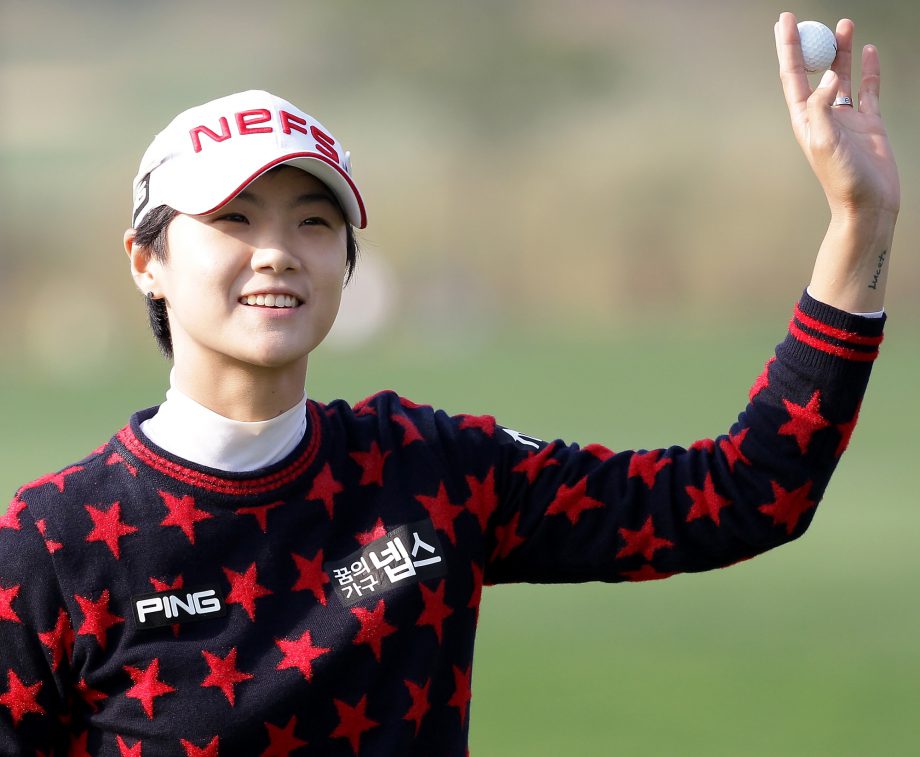 The 22-year-old Park had six birdies in a seven-hole stretch in the middle of the round and birdied three of the last four holes on Sky 72’s Ocean Course. She played alongside Michelle Wie and Lexi Thompson, regularly driving 10 to 15 yards past the long-hitting U.S. stars.

Park broke the course record of 63 set by Suzann Pettersen in the first round of her 2012 victory. Ranked 54th in the world, Park won the Korea LPGA’s Se Ri Pak Invitational two weeks ago for her third victory of the season. She won the Korea Women’s Open in June.

“It was awesome to watch, that’s for sure,” Thompson said. “She shot 10 under, and I swear it seemed like she birdied every hole. It was amazing to watch. I’ve never seen her play before and she’s a great player. Amazing putter and great ball-striker and she hits it long.”

Piller had six birdies in a bogey-free round that started on No. 10.

“I just made some putts,” Piller said. “The greens are rolling pretty quick and they are pretty pure. I missed the green on the first hole and I had about a 10-footer (for par), so I think that just kind of kick-started the whole day.”

Hull birdied five of the first seven holes in a bogey-free round.

“This tournament is my favorite tournament the whole year, because my hometown and my whole family came out here,” Choi said. “I’m so excited and I’m really proud of my country.”

Top-ranked Inbee Park had a 69. The South Korean star won two of the five majors this year and is tied with second-ranked Lydia Ko for the tour victory lead with four.

Ko also shot 69. She tied for second last week in the LPGA Malaysia after winning her previous two starts in Canada and France, where the 18-year-old South Korean-born New Zealander became the youngest major champion.

American Jessica Korda, the Malaysia winner, opened with a 71. U.S. Solheim Cup captain Juli Inskter, the oldest player in the field at 55, also had a 71.