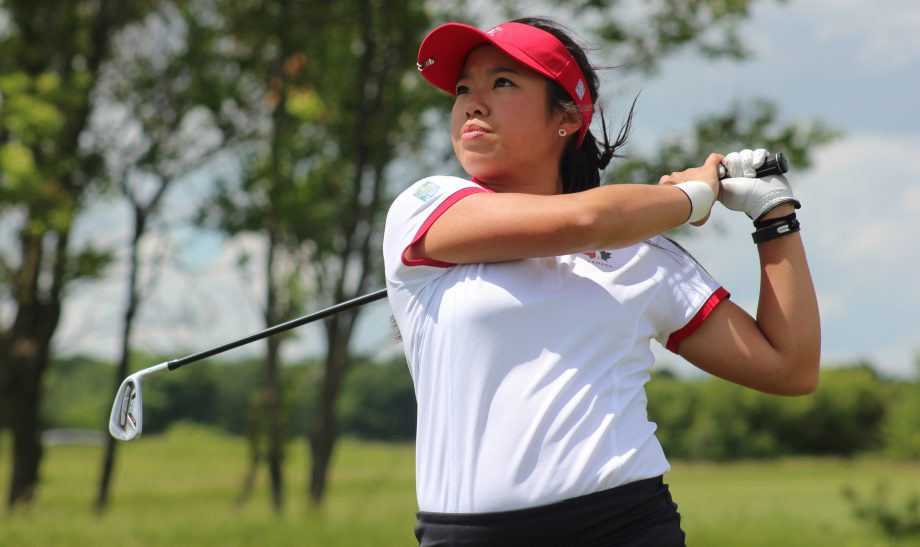 CALGARY (Golf Canada) – Golf Canada and Canadian Pacific (CP) are pleased to announce the names of 14 players who have received exemptions into the 2016 CP Women’s Open taking place August 22–28 at Priddis Greens Golf and Country Club.

Calgary natives Jaclyn Lee and Jennifer Ha will have a home crowd advantage as they compete at the 44th playing of Canada’s National Women’s Open Championship.

Ha, 22, is playing her first full year as a professional. She earned her first pro win in April at a National Women’s Golf Association (NWGA) event in Florida. The Kent State graduate won another NWGA title the following month at another event in Florida.

Both Lee and Ha play out of Glencoe Golf & Country Club, which is approximately 40 kilometres north of Priddis Greens.

Naomi Ko of Victoria is also enjoying a banner year. The 19-year-old N.C. State sophomore claimed the Canadian Junior Girls Championship last week in Nova Scotia at the Links at Penn Hills. The CP Women’s Open will be the third LPGA event of 2016 for Ko. In May, she claimed medallist honours at a sectional qualifier to earn entry into the U.S. Women’s Open. A month later she won the Portland Classic Amateur Championship to earn a spot in the Portland Classic, where she would play the weekend after making the cut.

Maddie Szeryk, 20, a dual-citizen of Canada and the United States is currently ranked No. 41 on the World Amateur Golf Ranking. Szeryk, who plays collegiate golf for Texas A&M, will be competing in her second CP Women’s Open.

Lee, Ko and Szeryk are members of the Team Canada’s National Amateur Team, while Ha is a program alum.

Hannah O’Sullivan, a former World No. 1 now ranked No. 3 in the world, will also be competing in Calgary. The 18-year-old Arizona native competed in both the 2016 U.S. and British Women’s Opens.

The 14 players earning exemptions into the CP Women’s Open will join a world-class field at Priddis Greens Golf and Country Club that features the Top-3 on the Rolex Women’s World Golf Rankings: No. 1 and three-time champion Lydia Ko; No. 2 Ariya Jutanugarn of Thailand; and No. 3 Brooke Henderson of Smiths Falls, Ont.

Sharp and Henderson are representing Canada at the Rio 2016 Olympic Games from August 17-20.

In total, 16 Canadians will compete at Priddis Greens.

“The CP Women’s Open is not only set to feature arguably the strongest field on the LPGA Tour, but also the very best rising talents in Canadian and international golf,” said Canadian Pacific Women’s Open Tournament Director Brent McLaughlin. “Golf fans are sure to be treated to an unbelievable showcase of world-class golf.”

A field of 156 competitors will vie for the US$2.25 million purse when the Canadian Pacific Women’s Open makes its return to Priddis Greens Golf and Country Club for the first time since 2009 and the third time in tournament history.

On Monday, August 22, the LPGA Tour will conduct an 18-hole stroke play qualifier at The Hamptons Golf Club in Calgary to determine the final four exemptions directly into the 2016 Canadian Pacific Women’s Open.

Free Admission for Juniors…
Golf Canada and CP are proud to offer free admission to the Canadian Pacific Women’s Open to any spectator aged 17-and-under. In addition to free admission for juniors, parents can take advantage of discounted tickets by using the promotional code JUNIOR and clicking here.

First conducted in 1973, Canada’s National Women’s Open Championship has allowed the brightest stars of the LPGA Tour to shine on Canadian soil and inspire the nation’s next generation of female golfers.