Stricker, out since December, plans return at Masters 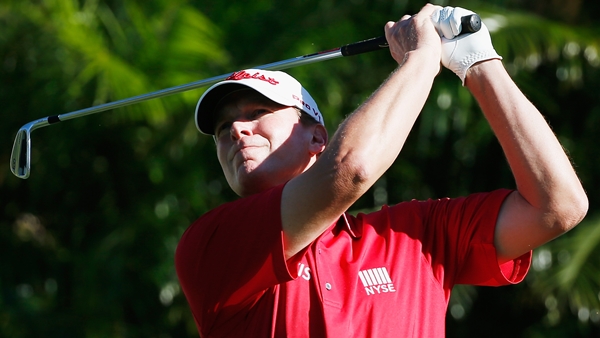 Steve Stricker intends to play the Masters next week, his first competition since back surgery four months ago.

Stricker recently returned from Naples, Florida, where he tested his swing and his strength. He had surgery two days before Christmas on a bulging disk in his lower back that was causing recurring hip problems.

“I was playing, walking, just to see what I had,” Stricker told The Associated Press by phone Monday. “It’s the first time I played since December, and it was good. It felt good. Just a little stiffness here and there. I walked the last three days just to play like I would be playing.”

The 48-year-old Stricker last played Dec. 7 at the Hero World Challenge, where he finished 14th in an 18-man field at Isleworth. He has been playing a reduced schedule since 2013 and last year failed to reach the Tour Championship for the first time in the FedEx Cup era.

The original plan was to play the Shell Houston Open this week to warm up for Augusta National. His doctor and physical therapist told him, however, that returning from surgery might take its toll during the second straight week.

“I think the biggest concern was putting in back-to-back weeks, with the second week being a little more fatigued,” Stricker said. “I still feel it’s a bit early to be pushing it a lot, so I want to take it cautiously.”

Stricker qualified for the Masters by being ranked in the top 50 at the end of last year. He finished the year at No. 41, and has since fallen to No. 75. That’s his lowest ranking since he was out of the top 100 a week before the 2006 PGA Championship.

He played his last three days at Calusa Pines, where he said the greens were firm and fast, and a good way to prepare for the Masters.

“I didn’t fix a ball mark in three days – not because I missed the greens,” he said with a laugh. “I just couldn’t find any ball marks.”

Stricker plans to visit Augusta National this week for practice rounds. He said he would be in Indianapolis for the Final Four to watch Wisconsin play Kentucky on Saturday and then return to Augusta on Sunday.