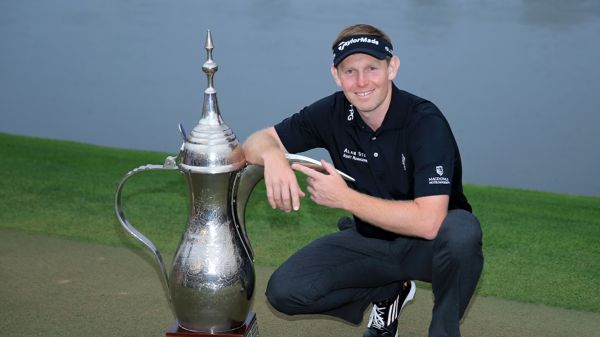 Stephen Gallacher of Scotland shot a final round 72 Sunday to become the first player to successfully defend the Dubai Desert Classic title, beating Emiliano Grillo of Argentina by 1 stroke.

Gallacher fought back after four bogeys over his opening eight left him in a five-way tie for the lead after 11 holes.

He won the 25-year-old tournament with an overall 16-under 272. It’s only his third victory in 18 years and 431 events on the European Tour.

Grillo secured his best Tour finish with an overall 15-under 273 when he eagled the last hole for a round of 66. Frenchman Romain Wattel also shot a 66 to finish tied in third on 14-under 274 with Brooks Koepka (70) of the United States.

Rory McIlroy struggled with a 74 to finish tied for ninth while top-ranked Tiger Woods (71) birdied his closing three holes for a share of 41st with a 6-under 282.