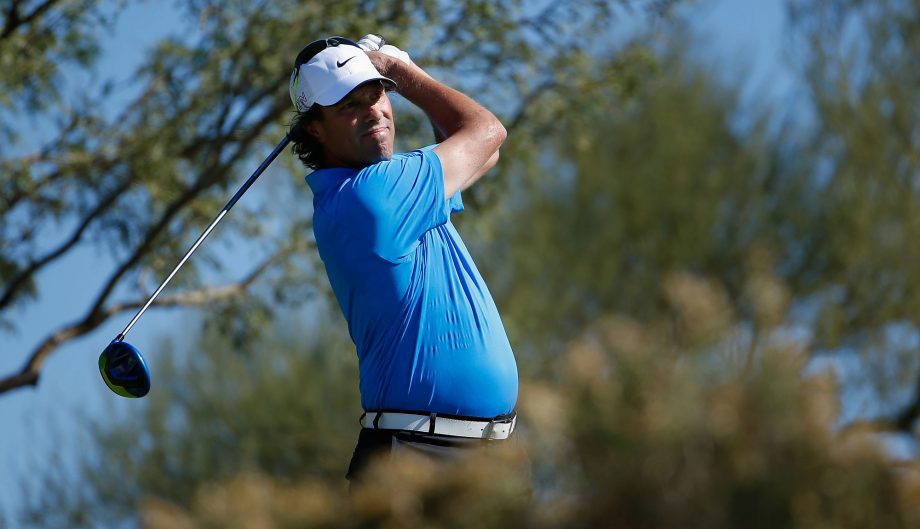 Coming off a victory last month in the Chubb Classic, the 57-year-old Couples birdied five of the first seven holes in hot conditions, and added four more on the back nine before bogeying the par-4 18th.

“I’m driving the ball well and putting well, so those are good things for me no matter when I’m playing,” Couples said. “And if I can hit a few good irons, I’m going to have a lot of birdie putts.”

“If I had lost the tournament by a shot, then it would be bittersweet, but there’s 36 more holes and I made a lot of putts today, too,” Couples said.

Stricker birdied his first three holes in his bogey-free round on Omni Tucson National’s Catalina Course. The 12-time PGA Tour winner turned 50 on Feb. 23. He will captain the U.S. Presidents Cup team in September.

“I was a little more nervous than what I expected to be or thought I was going to be,” Stricker said. “I got off to a good start, birdied the first three and settled down a little bit, but I was excited to get it going finally. It’s been a lot of hype that I’m really not accustomed to, and I just kind of wanted to get it going and start playing. So, it was good to get the first round under my belt.”

Stricker missed the cut in last week in the PGA Tour’s Valspar Championship and will make his next start in the big tour’s Shell Houston Open.

Bernhard Langer had a 71 for his 30th straight round under par. Gil Morgan set the PGA Tour Champions record of 31 in 2000. Colin Montgomerie also is at 30, but he is not playing this week.

Bob Estes also made his debut on the 50-and-over tour, shooting a 70. The 51-year-old Estes won four times on the PGA Tour and has made six starts on the top circuit this season.