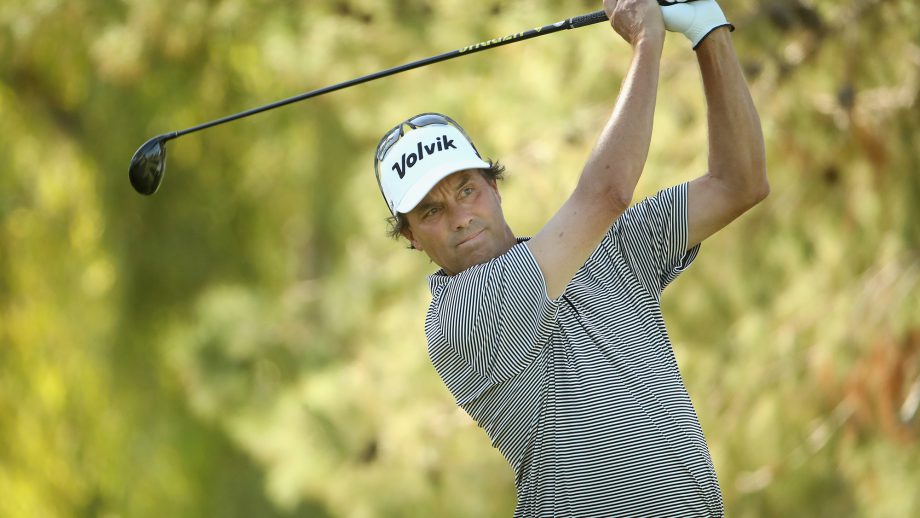 McCarron shot a 5-under 66 on another warm and sunny day at Phoenix Country Club. To win the Charles Schwab Cup and a $1 million annuity, McCarron needs to the tournament Sunday and have Bernhard Langer – tied for 19th at 7 under – tie for fourth or worse.

“All I’m trying to do is put myself in position to win this golf tournament,” McCarron said. “Whatever happens with the Schwab Cup, I really can’t control that. That’s up to some other guys.”

The 53-year-old McCarron, fifth in the points standings entering the finale, has eight victories on the 50-and-over tour, winning twice this year. He won three times on the PGA Tour.

“The one thing I’m doing a really good job is I’m not letting the bad shots bother me too much at all this week, which is great,” McCarron said. “Sometimes I’ll let them bother me a little bit.”

“Obviously, I’m out of the running for winning,” Langer said. “So, I’m just trying to sneak up as far as I can and then it’s all up to the other guys, how they finish.”

Stephen Ames and Tim Petrovic were tied for second.

Ames had a 61. He birdied four of the first five holes and closed birdie-par-birdie-eagle.

“I did it with the putter, which is nice because I had a struggle with it this year,” Ames said. “But overall it was fun. I had to look at my score, my scorecard, to actually realize that I needed eagle on the last hole to go to 10 under. So standing over the putt on the 18th, it was a lot more pressure.”

With an eagle on 18, Canada’s @StephenAmesPGA finishes with a 61 to set the course record and take the lead at @SchwabCupFinale ?? pic.twitter.com/jKQha4NE58

Second-round leader Paul Goydos had a 69 to drop two strokes back.

“Today was kind of that round as to why I’m not in the running to win the Schwab Cup,” Goydos said.

Langer and No. 2 Scott Parel (tied for 21st at 6 under after a 68) would take the Cup with a tournament victory, while McCarron, Toms, Miguel Angel Jimenez and Jerry Kelly need a win and help from other players. Kelly (68) was tied for 11th at 10 under, and Jimenez (69) was 32nd in the 35-man field at even par.