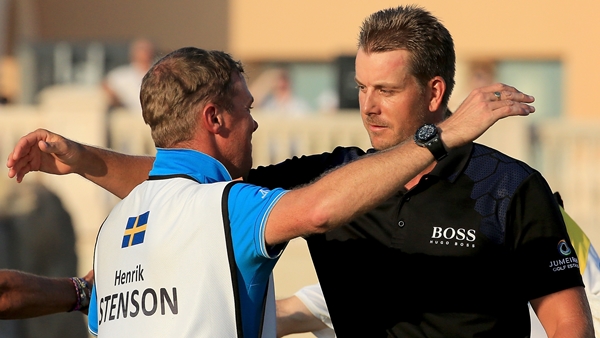 The Swede shot a final round 2-under 70 on Sunday to win by two strokes with an overall 16-under 272 on the Earth Course at Jumeirah Golf Estates.

The victory means Stenson finishes second to McIlroy in the Race to Dubai.

Rafa Cabrera-Bello (75) was leading with three holes to play but the Spaniard tumbled down the board with back-to-back double bogeys at Nos. 16 and 17 to finish tied for ninth with an overall 277.