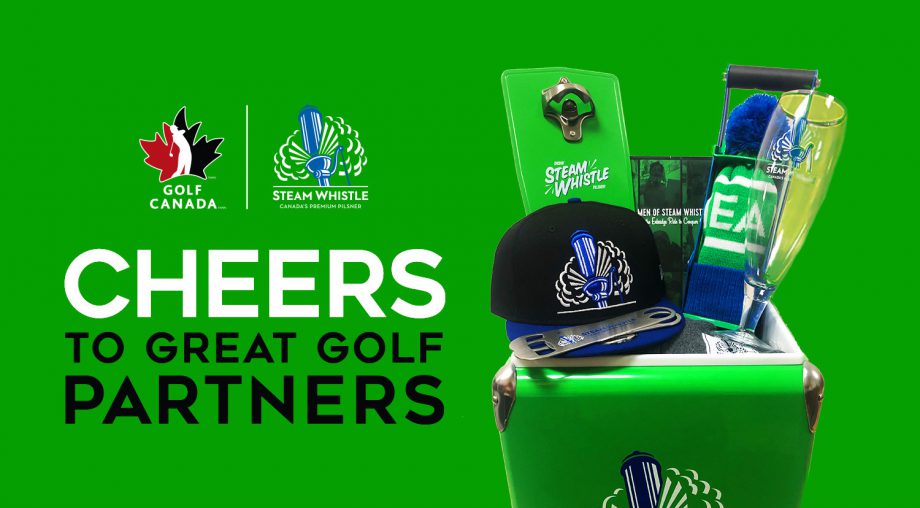 Toronto (Golf Canada) – Golf Canada and The Good Beer Folks at Steam Whistle have announced the renewal of a multi-year partnership that will see Steam Whistle continue on as the Official Beer of Golf Canada, the RBC Canadian Open, and the CP Women’s Open.

Through the multi-year partnership – which began in 2018 – Steam Whistle will continue to work with Golf Canada to grow their brand amongst golfers and golf enthusiasts across the country.

“We are thrilled to extend our relationship with Steam Whistle as Golf Canada’s Official Beer Partner,” said John Sibley, Chief Commercial Officer of Golf Canada.  “There is tremendous interest in golf right now and we are fortunate to have the continued support of Steam Whistle who have aligned their premium brand with our sport. Their commitment to quality craftsmanship and proud Canadian identity are well positioned as the beer of choice to enjoy at our National Open Championships or after a round at golf courses from coast to coast.”

The renewed agreement builds on Steam Whistle’s largest partnership in company history – a significant milestone for the independent Canadian brewer.

“Steam Whistle is committed to supporting the game of golf in Canada and our partnership with Golf Canada is the best example of that,” said Tim McLaughlin, Steam Whistle’s Vice-President of Marketing. “There is so much momentum behind the sport in our country thanks to the great work Golf Canada has done at the grassroots, amateur and professional level, and we are thrilled to be a long-term partner to support their efforts.”

In the first year of the partnership, beer sales at the 2018 RBC Canadian Open were up 200 per cent to the year prior. Founded in 2000, Steam Whistle’s Premium Pilsner has long been a staple of golf courses and refrigerators across the country. The Toronto-based brewery launched a Premium Pale Ale in 2019 and a Premium Session Lager in 2020 to go along with its award-winning Premium Pilsner.