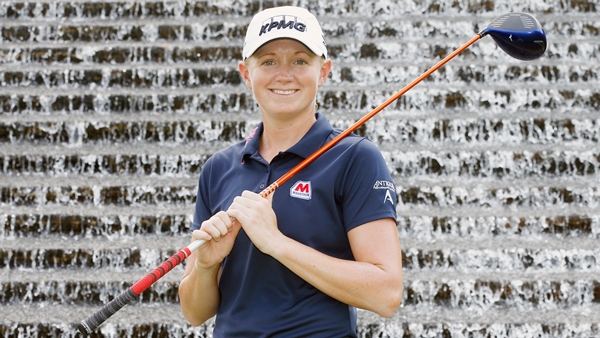 PHOENIX – Stacy Lewis had some sound advice for parents Wednesday at the JTBC Founders Cup during a press conference with LPGA-USGA Girls Golf players.

“I always tell parents, `It’s the kids playing. It’s not the parents playing,'” said the third-ranked Lewis, the 2013 tournament champion. “That’s, I think, what kind of some of the big problems are is that they don’t let the kids play. My dad, he sent me off to get lessons with somebody else. There needs to be a line between a golf instructor versus your parent.

“What I do now is technically a job, and my dad doesn’t need to be involved in all of that. I want to keep that relationship good, so just remember that the kids are the ones playing and just let them play.”

Top-ranked Lydia Ko will play the first two rounds with U.S. Women’s Open champion Michelle Wie and Na Yeon Choi. They will open Thursday at 7:55 a.m. on No. 10.

Cheyenne Woods, Tiger Woods’ niece, is from Phoenix and lives in the area. She earned her tour card last season at Q-school.

“You don’t get many chances throughout the season to really be home,” Woods said. “When I can be home and compete at the same time, it feels so good. I feel really comfortable here in Phoenix. This is home for me, get to sleep in my own bed, have my family come out. So I’ve been looking forward to this event for a long time.”

Alena Sharp is the lone Canadian in the field. She tees-off at 1:24pm.