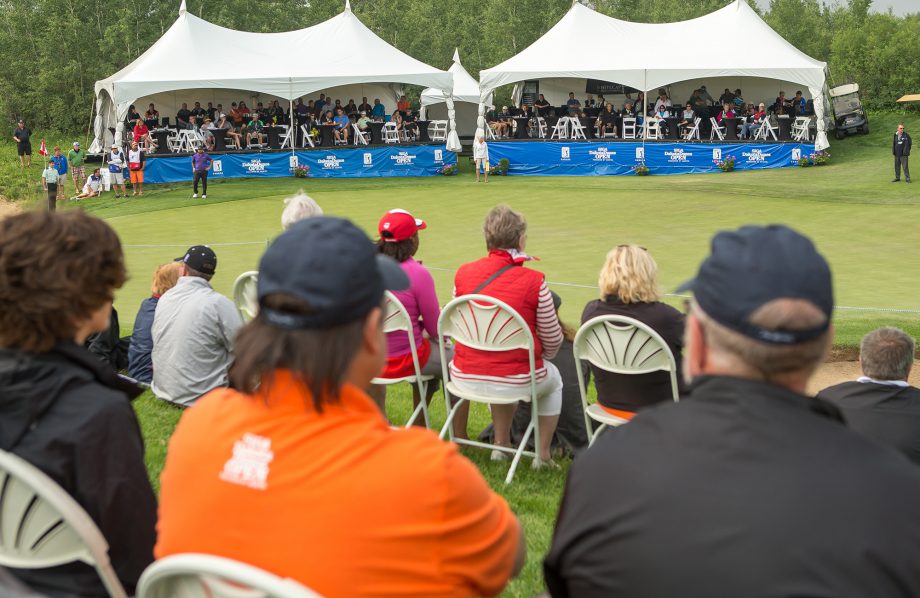 Led by tournament director Hugh Vassos, the event has become a mainstay on the Mackenzie Tour schedule for the past eight seasons. “I have been privileged to work with Chief Darcy Bear and his people at the Whitecap Dakota First Nation, Saskatoon, other Saskatchewan communities, SIGA, SaskTel and all other past sponsors, and of course the best volunteers. I am proud of how the event has grown from an upstart event to a mainstay stop on the Mackenzie Tour,” said Vassos. “It’s been a great run for the past eight years, however in order to help manage its continued growth, it is time for new leadership. I am excited to see the involvement of the Graham and Ruby DeLaet Foundation with SportBox. Graham played the event twice and I think this is a natural progression to have their foundation now take an active role in the Saskatchewan tournament. I look forward to seeing the event make an even greater impact in the province going forward.”

“I’d like to thank Hugh for all his hard work in making the SIGA Dakota Dunes Open a success for the last eight seasons, growing it from nothing into what it is today and providing a foundation for it to continue to flourish. The tournament is among the players’ favourite stops every year and we’re looking forward to seeing it make an even greater impact going forward with the Graham and Ruby DeLaet Foundation,” said Mackenzie Tour President Jeff Monday.

Vassos will remain involved with the Tour in a consulting role going forward. SportBox Entertainment Group, a sport, lifestyle and entertainment firm that has business verticals in event management, consulting and talent representation, will assume operational control of the event. Graham DeLaet, a talent client of SportBox, will see his foundation as the driving force behind the event to raise funds for local charitable initiatives. SportBox Group, will work in collaboration with the Graham and Ruby DeLaet Foundation to ensure the event’s continued success, while integrating a strong community-centric focus.

With the event taking place in his home province of Saskatchewan, and DeLaet being an alumnus of the Mackenzie Tour, it was a natural fit for him to get involved. The Graham and Ruby DeLaet Foundation, which Graham started with wife Ruby in 2014, will work with SportBox to identify a local cause to support through the event to give back to the community.

“As an alumnus of the Tour, and the opportunity to be part of an event in my backyard, it made sense for me to team up with my agency so that Ruby and I can support the event, while also using it as a means to give back to charitable initiatives in my home province,” said Graham DeLaet. “I’m excited to work with SportBox and the Tour on shaping what the event will look like.”

“We launched our Foundation when Graham was at a point in his career that it made sense to start giving back to the people that supported him along his journey to the PGA TOUR,” said Ruby DeLaet. “Our Foundation represents Graham’s roots in Canada by supporting local causes that are close to us, and we’re excited to make a positive impact in the Saskatchewan community with this event partnership.”

The team at SportBox is also connected to the Saskatchewan market with a corporate office located in Saskatoon.

“This initiative is a strategic fit for SportBox because of the company’s presence in Saskatchewan, relationship and collaboration with Graham, and him having roots in the province and being embedded in the community,” said David Dube, Chairman of SportBox Entertainment Group. “We look forward to working with the event stakeholders and community partners to identify a local cause that the event supports each year, in addition to providing a great experience for players and spectators.”

SIGA (Saskatchewan Indian Gaming Authority) will continue to host the tournament as the event’s title sponsor. The tournament will be played at Dakota Dunes Golf Links, a SCORE Golf top 100-ranked course laid spaciously throughout natural sand dune formations and the indigenous prairie grasses that surround its edges.

“For the past eight years SIGA has been proud to be the title sponsor for Saskatchewan’s premier golf event – The SIGA Dakota Dunes Open. I would like to thank our fellow sponsors, the Mackenzie Tour and the many organizers and volunteers who make professional golf a reality in Saskatchewan. We look forward to working with the team at SportBox Entertainment Group in partnership with the Graham and Ruby DeLaet Foundation,” said Zane Hansen, President and CEO, Saskatchewan Indian Gaming Authority (SIGA).

The date for the 2016 SIGA Dakota Dunes Open will be announced at a later date.