Spittle 1-shot back of Champions Tour leaders McCarron and Pate 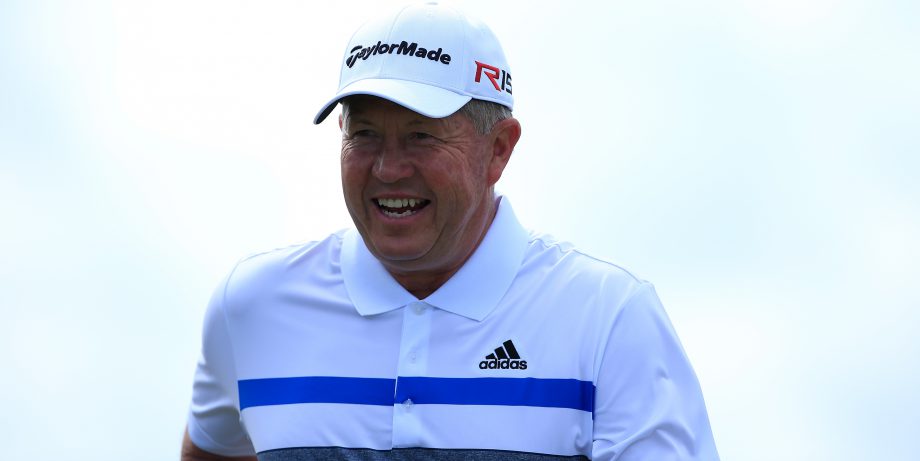 NEWPORT BEACH, Calif. – Former UCLA players Scott McCarron and Steve Pate shared the lead at 8-under 63 on Friday after the first round of the Champions Tour’s Toshiba Classic.

McCarron is making his eighth start on the tour after turning 50 in July. The three-time PGA Tour winner eagled the par-5 15th and had six birdies and an eagle at Newport Beach Country Club.

“It seems like every week I’ve had a low round,” McCarron said. “I’ve had some chances to win and I am playing with a lot of confidence.”

He missed six of seven cuts this season on the PGA Tour.

“The first part of the year stunk,” McCarron said. “I was on regular tour not making cuts. I got out here and it’s been wonderful.”

The 54-year-old Pate had an eagle and five birdies in his bogey-free round. He won six times on the PGA Tour.

“The way I’ve played this year I’m really happy it’s almost over,” Pate said. “I had shoulder surgery in November and wasn’t really healthy until June, but I didn’t have a choice.”

Billy Andrade and Rod Spittle were a stroke back in the final full-field event of the season. Defending champion Fred Couples was two shots behind at 65 along with Kevin Sutherland, Paul Goydos, Jay Don Blake, Olin Browne, Scott Dunlap and Peter Senior.

The top 30 on the money after the tournament will qualify for the season-ending Charles Schwab Cup Championship next week at Desert Mountain in Scottsdale, Arizona.