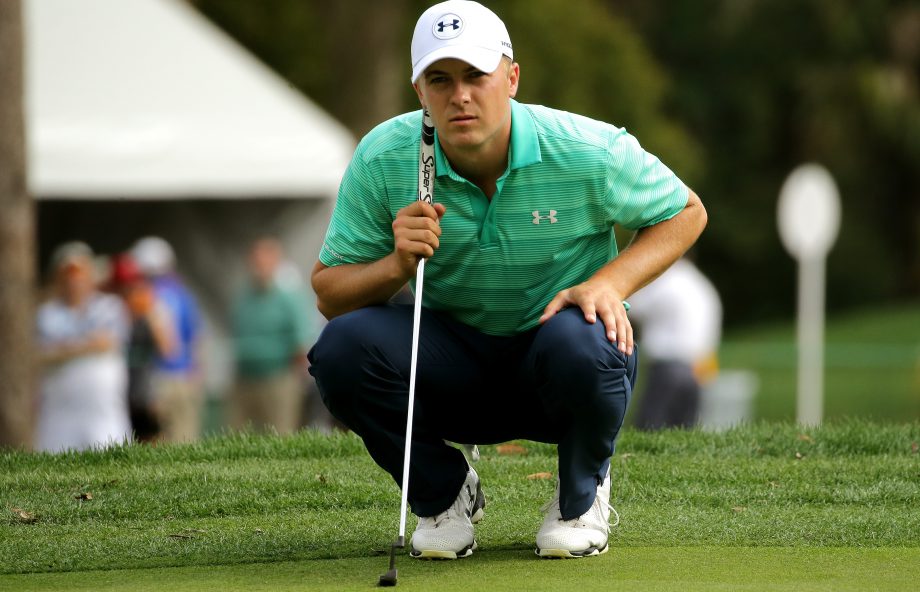 AUSTIN, Texas – Defending champion Rory McIlroy will face a player he knows very little about in the Dell Match Play.

Jordan Spieth knows one of his opponents all too well.

Spieth, the former Texas Longhorn and crowd favorite at Austin Country Club, wound up in the same group as longtime friend Justin Thomas.

Both are 22 and they have been friends since 2007, when they were selected to represent the United States in the Evian Junior Masters. Spieth beat him in a high-profile match in the NCAA Championship at Riviera in 2012, which the Longhorns won, and has gone on to two majors and reach the No. 1 world ranking.

The 64 players were broken into four groups based on this week’s ranking, and one player was chosen by lottery to fill out the 16 four-man groups. The draw was held at the Paramount Theater, and Ben Crenshaw picked the names out of the bowl for Spieth’s group.

“Jordan probably won’t talk to me the rest of the week,” Crenshaw said. “They’ve played a lot of golf together. Obviously, they know each other very well. They’re admirers of each other.”

Spieth and Thomas already have played together three times this year – the opening two rounds at Riviera, and the third round at Doral. They won’t play each other at the Match Play until Friday. Also in their group are Victor Dubuisson of France and Jamie Donaldson of Wales.

McIlroy won last year at Harding Park with three close calls before beating Gary Woodland in the championship match. He is the only player among the top six in the world who has yet to win this year, and hopes this week will spark him in his final tournament before the Masters.

In his group is Smylie Kaufman, who won his first PGA Tour event in Las Vegas in just his second start as a member. McIlroy also has Kevin Na and Thorbjorn Olesen.

“Thorbjorn is a good friend of mine. The first time I played with Thorbjorn was in Egypt in 2010. We’ve got a little bit of history,” McIlroy said.

“Smylie, I really don’t know that much about. I know that he got off to a great start in his PGA Tour career. As I said, no matter who you draw in this event, you know you’re going to get a tough match.”

The 18-hole match play switched to group last year, moving away from the single-elimination format that made this event aggravating to those who lost early, and difficult on the sponsors because top players often were gone by the weekend.

This year, however, matches during group play can end in a draw.

One player from each of the 16 groups advance to the knockout stage that starts on Saturday. If two or more players in a group are tied, they go to a sudden-death playoff.

Jason Day, the No. 2 seed based on his victory Sunday in the Arnold Palmer Invitational, preferred the single-elimination format because it made every match feel more important. He lost all three of his matches last year at Harding Park.

His group has a couple of names that should get his attention. Day will face Graeme McDowell on Wednesday and Paul Casey on Friday. Thongchai Jaidee is the other player in his group.