Spieth gets 3 weeks to reflect on big year 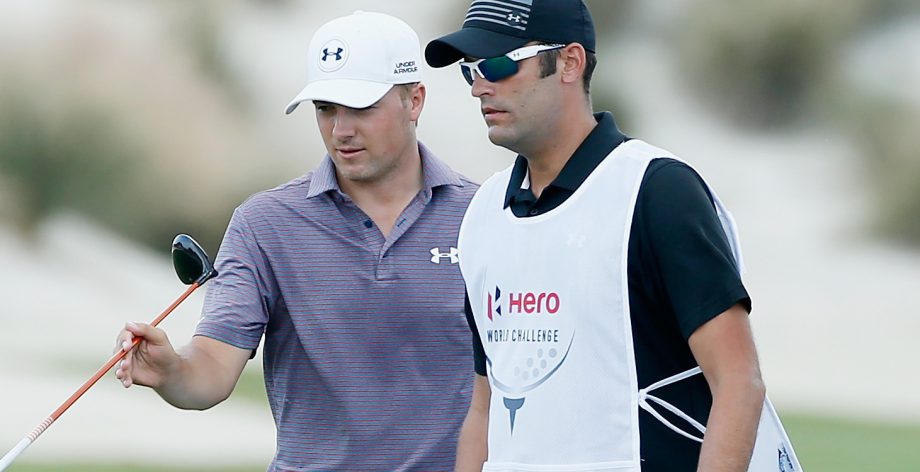 NASSAU, Bahamas – Jordan Spieth and his caddie shared the kind of hug on the 18th green normally seen only by winners.

They were six shots behind when they finished the Hero World Challenge, and it was clear this moment wasn’t about Sunday at Albany Golf Club. This was about the realization that the year was finally over, the kind of year a player never wants to end.

The Masters made it special. The U.S. Open made it incredible. The FedEx Cup made it lucrative. The No. 1 ranking made it satisfying.

When the 22-year-old Texan made his final full swing of the year and was walking toward the green, caddie Michael Greller walked alongside him.

“Michael said, ‘Hey, man, it’s been an honor to be in the passenger seat, sitting shotgun for this ride this year. Thanks for everything,'” Spieth said. “Obviously, I thanked him. It’s been a team effort this year, just as we always stress. But yeah, there was certainly a sigh of relief.”

It’s time to take a break, even if it’s a short one.

He leaves in just over three weeks for Maui, where the new year starts at Kapalua and Spieth will have to figure out an encore from winning two majors to get halfway to the Grand Slam, five tournaments overall, a record $12 million in PGA Tour earnings and a sweep of all the major awards.

Except that he’s not looking at it as a new year. It’s simply a break.

He had a chance to win the Australian Open last week in Sydney until Matt Jones recovered on the back nine. Spieth was in range at the Hero World Challenge until Bubba Watson didn’t give anyone much of a chance and won by three shots.

Spieth was on a victory lap these last two weeks, and he said he spent more time on the beach than on the putting green, with no regrets. He played 28 times this year, including the Presidents Cup. He won or finished second 10 times. He was a combined 54-under par in the four majors. He was due a working vacation.

Even so, he’s always looking ahead.

“I think these last two weeks, the fact that I didn’t win when I had a chance, may actually be a good thing for me,” he said. “I’m going to look at it positively that you can’t settle down, you’ve got to work a little bit harder. Everyone is playing a high level of golf right now, and they’re going to carry that into next season. So if I want to stay at the top, I’m going to have to outwork them. And that’s going to be challenging.”

He was headed home to Dallas on Monday for his three-week break. His first order of business was to play golf.

Spieth is taking his father, Shawn, and agent Jay Danzi to Augusta National to enjoy the privileges of being the Masters champion. He also plans to play with Augusta member and AT&T chief executive Randall Stephenson.

And that’s a fitting way to end the year.

Spieth joined Arnold Palmer, Jack Nicklaus and Tiger Woods as the only players since 1960 to win the first two legs of the Grand Slam, and he came closer than all of them to getting the third leg. He was tied for the lead at the British Open with two holes to play until finishing one shot out of a playoff. He was in the final group of the PGA Championship and was runner-up by three shots to Jason Day.

Even so, the Masters is what made his year.

He opened with a 64 to build a three-shot lead, set the 36-hole record with a 66 on Friday and never gave anyone much hope after that. When it was, he tied the 72-hole record set by Tiger Woods in 1997.

“Before the tournament, we were one of the favorites,” he said. “And then after the first round, it’s on us. Every question is, ‘You’re supposed to win.’ Without saying it, ‘It’s on you. What are you thinking now?’ It’s tough to sleep on that. And we did it so well.”

With a green jacket on the line, it’s not easy protecting such a big lead.

As he told the story, it brought him back to his first big tournament where he lost the lead.

The winner was a kid named Eddie DeVane.

“I had a two-shot lead with one hole to play,” Spieth said. “I played it smart – I laid up. The kid made par and I made triple. He cruised to a two-shot victory.”