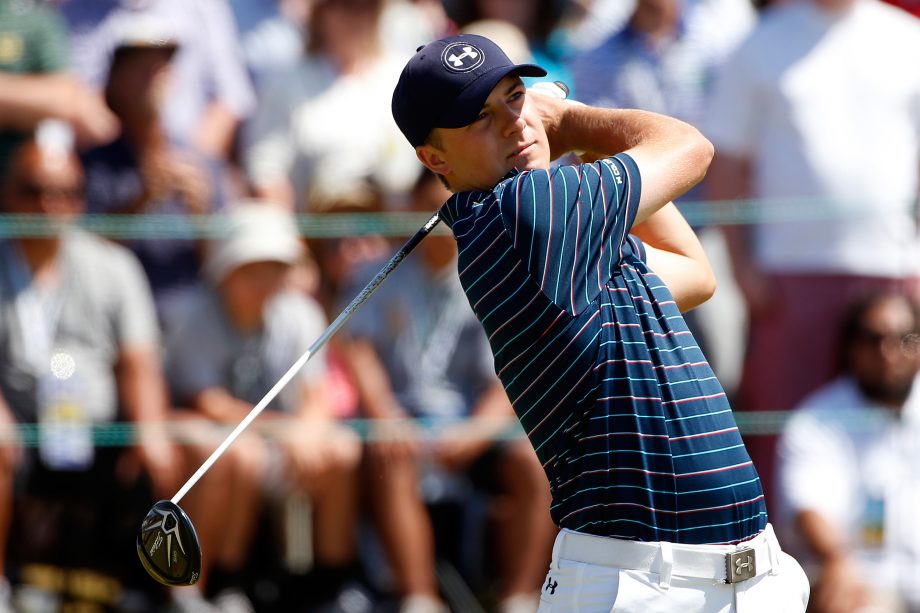 Jordan Spieth already has accumulated the second-most FedEx Cup points in the regular season, and there’s still two majors, a World Golf Championship and the John Deere Classic on his schedule before the playoffs begin.

Spieth is at 3,128 points. Tiger Woods had 3,431 points going into the playoffs in 2009, the year the current model began. Woods had 3,059 points in 2013, the year he won five times. Spieth has won two majors and the Valspar Championship, and he was runner-up in the Texas Open and Houston Open. And while the PGA Tour is in the second year of its wraparound season, Spieth played only one event last fall. He earned 34 points at the HSBC Champions.

More significant is what’s going on at the bottom of the list, and a number of players who risk missing the playoffs for the first time.

Geoff Ogilvy is at No. 128 with a maximum of four tournaments left.

Graeme McDowell has found that his enthusiasm was lacking when he gets to the playoffs, in part because of a long year in the majors and saving himself for the end of the season with his European Tour membership. That might not be an issue this year: McDowell is at No. 152.

And then there’s Woods, who is No. 202 this week. Woods missed the playoffs in 2011 and 2014 – both injury-plagued seasons – and has only four tournaments left on his schedule before The Barclays.

One other player who needs to get going is Martin Kaymer, who has missed the cut in four of his eight PGA Tour events this year.

GIVE IT UP FOR THE GOOSE: Retief Goosen is a two-time U.S. Open champion who turned 46 in February and is in his sixth straight year without a win.

That doesn’t keep him from trying.

Goosen made it through sectional qualifying for the U.S. Open, the first year after his 10-year exemption ran out. After a tie for fourth in the BMW International Open in Germany, he went to Final Qualifying in England on Tuesday and earned one of three spots in a playoff.

That sends him to St. Andrews for the fourth time for the British Open. He has a pair of top 10s, though he also won the Dunhill Cup in 1997 and 1998 for South Africa with Ernie Els and David Frost.

“I’ve walked a good few miles on that course and I love it,” Goosen said.

Colin Montgomerie, a runner-up in the U.S. Senior Open on Sunday in California, missed the playoff at Woburn by four shots.

WOUNDED WARRIOR: Chad Pfeifer turned to golf as part of his recovery and healing after he lost his left leg above the knee while serving in Iraq. It has taken him one step below the PGA Tour.

Pfeifer, a retired Army corporal and Idaho native, has been given a sponsor’s exemption to play next week in the Albertsons Boise Open on the Web.com Tour. He will be the first veteran amputee to play in an official Web.com Tour event.

Pfeifer, 33, lost his left leg in April 2007 when a roadside bomb blew up a vehicle he was in with members of D Company of the 3rd Airborne Battalion in the 509th Infantry Regiment. Fellow soldier Christian Bagge, who lost both legs in Iraq, encouraged Pfeifer to take up golf during his rehab in San Antonio. Pfeifer played his first 18-hole round 10 months after he lost his leg.

Since then, Pfeifer has won the 2010 National Amputee Golf Championship, along with three wins at the George W. Bush Warrior Open for wounded veterans. He has played Gateway Tour and eGolf Tour events, and he was in “The Big Break: The Palm Beaches, Florida” episode on Golf Channel.

WORLD OF WOODY: Woody Austin was one shot out of the lead going into the final round of the U.S. Senior Open and closed with a 76. And he let the USGA have it.

Not because Del Paso was too hard. Because it was too easy.

“I don’t know if they’re upset with the fact that they take the abuse from the young guys when they set up a golf course hard like last week (Chambers Bay), but this golf course could have been incredible,” Austin said. “And they set it up way too easy. There’s too many guys under par, too many 64s, too many 63s. That’s not a U.S. Open.”

FIRST IMPRESSION: Jack Senior won his first event as a pro last week on the Challenge Tour, though the 26-year-old from England can claim one big feather from his amateur days. He knocked out Jordan Spieth in the quarterfinals of the 2011 U.S. Amateur at Erin Hills.

“My brother caddied for me that week and we both said after we had played him that he will be world No. 1 within seven years. He was that good,” Senior said.

Just under four years later, Spieth is the Masters and U.S. Open champion and heads to St. Andrews with a shot at the third leg of the Grand Slam.

“He possesses so much talent and then just doesn’t fear anything,” Senior said. “I beat him down the last at the U.S. Amateur, then he got me in the Walker Cup, so we are currently 1-1. But he is just such a nice and down-to-earth guy. I know for a fact if I qualify for the Open and see him there, then he will come over and speak to me. That’s the kind of person he is.”

DIVOTS: Minjee Lee, the 19-year-old from Perth, moved up to No. 16 in the women’s world ranking. She is two spots ahead of her mentor, Karrie Webb, making this the first time since the ranking began in 2006 that Webb wasn’t the highest-ranked Australian. … Now that Canadian teenager Brooke Henderson has a Symetra Tour card, she has pulled out of the Pan American Games. Henderson plans to play on the Symetra Tour that week (July 16-19). “Based on my goals for the year, this is an opportunity I cannot pass up,” she said. … Hideki Matsuyama of Japan is the only player from the top 10 in the FedEx Cup who has not won this year. … The European Tour said its prize money for 2015 is up 18.5 percent from a year ago, mainly from the addition of seven new tournaments. Total prize money in the Race to Dubai will be about $185 million. … The second-place finishers in Pablo Larrazabal’ s four European Tour victories have been Henrik Stenson, Rory McIlroy, Phil Mickelson, Sergio Garcia and Colin Montgomerie.

STAT OF THE WEEK: With a tie for 25th in the Travelers Championship, Sergio Garcia became the ninth player to surpass $40 million in career PGA Tour earnings.

FINAL WORD: “Legend is used too regularly, in my view, but he is. If there was a Big Four in golf, he’d be part of that.” – Colin Montgomerie on Tom Watson.