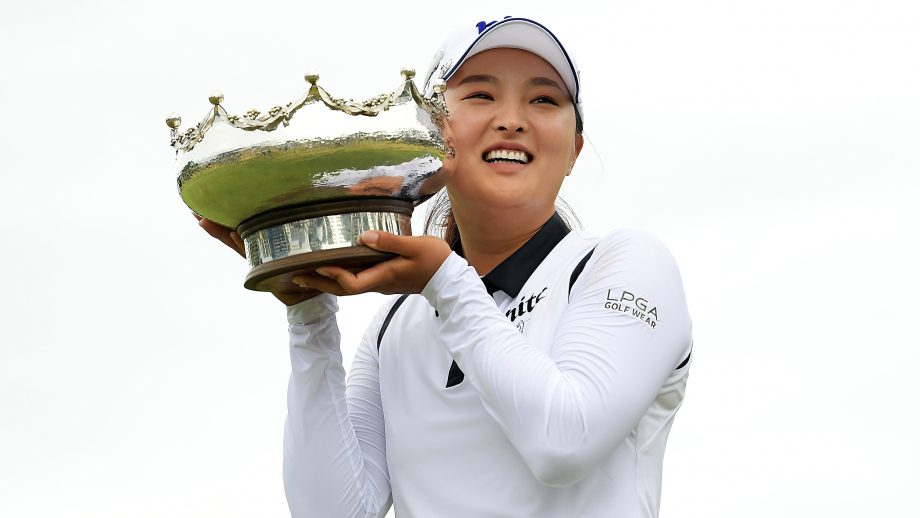 Ko started the day four shots clear of 21-year-old Hannah Green, who was bidding to become the first Australian to win her national crown since Karrie Webb won the last of her five titles in 2014.

Green played solidly in the final group with Ko, shooting 69 and missing a birdie on the 18th which cost her a share of second place.

The stiffest challenge Sunday came from Ko’s compatriot Hyejin Choi who closed within a shot at the turn, carding four birdies on her first nine holes. Ko began with birdies at the first and second holes, then stumbled with bogeys on the par-3 third and seventh holes.

But just as her lead came under threat, she found another gear, birdying the ninth hole to regain a two-shot lead. She then pulled away with birdies at the 13th and 17th in what seemed a nerveless finish, showing the experience gained as a 10-time winner on the Korean LPGA Tour.

She ended with a regulation par on the 18th to claim her second LPGA title after previously winning the co-sanctioned KEB-Hana Bank Championship.

Ko said she felt “lots” of nerves over the final round. Asked her reaction when she holed out on 18, she said “relief.”

“I thought I could do it but I felt I had to play my game and enjoy the game,” Ko said. “My goal this week was firstly to make the cut and second to enjoy the game.

“But I won this week so I don’t know what that might mean. My goal is Rookie of the Year.” Asked by a reporter whether Player of the Year was a realistic option, Ko replied: “No, not yet.”

Ko started the tournament ranked 20 but could be close to the top-10 by the start of the next LPGA tour stop in Thailand next weekend.

“I started off really well,” Green said. “My goal was to get into every major and I know that’s quite hard being a rookie this year. So hopefully I’ve made enough money and keep making money to ensure I’m definitely in.”

Canada’s Brooke Henderson missed the cut for just the 5th time since the start of the 2015 season.