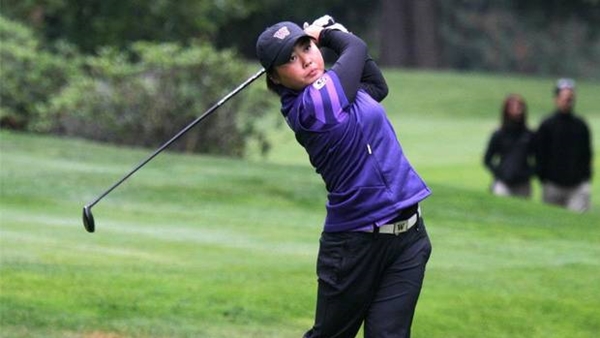 Daytona, Fla. — Soo-Bin Kim tied for low-round of the day and improved 29 spots with a masterful 7-under 65 at the LPGA qualifying final on Saturday, easily advancing to Sunday’s finale after the field narrowed to 70 golfers at +2.

The Coquitlam, B.C. resident made eight birdies in her penultimate round, including three on the last four holes, to jump into a five-way tie for 9th overall at -8.

Toronto’s Lee-Bentham, the 2011 Canadian Women’s Amateur champion, continued her solid play from earlier this week, carding an unblemished 2-under 70 and advancing into 32nd place.

Samantha Richdale of Kelowna, B.C., who began the day in 11th place, struggled in Rd. 4, making three bogeys and a double on her front nine en route to a 5-over 77, but still survived the field’s contraction.  She will tee off on Sunday tied for 54th.

Maude-Aimee Leblanc of Sherbrooke, Que., who started Saturday’s round just outside of the cut line, played her way back into contention with a 2-under 70.  She finished in a tie for 68th, one stroke ahead of the cutline.

Also unable to qualify for Sunday’s final was Sara-Maude Juneau of Fossambault-Sur-Le-Lac, Que. (T99), who fell more than 50 spots on Saturday after going 7-over par on her final nine holes of the day.