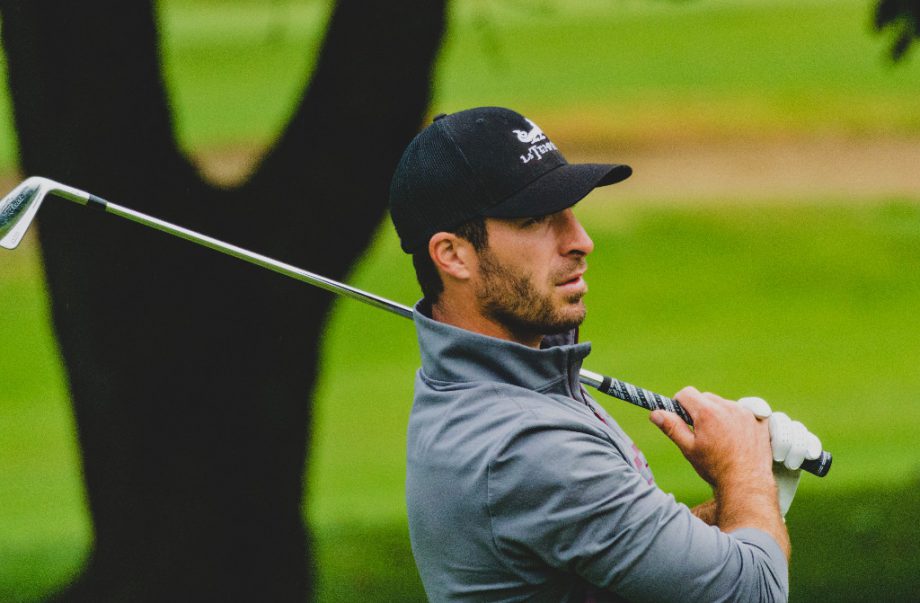 Even though Sonny Michaud had to work a little harder Tuesday at Richmond Country Club than he did the day the before, his second-round result at the PGA Assistants’ Championship of Canada presented by Callaway Golf was more of the same.

The 28-year-old from Club de Golf La Tempete in Quebec shot a second-round 5-under-par 67, bringing his two-day total to -14. He has opened up a three-shot lead over his good friend and fellow Quebecer, Pierre-Alexandre Bedard.

“It was a bit of a roller coaster today,” Michaud said about his second-round that featured seven birdies and two bogeys. “I right away started with two birdies and then immediately made two bogeys right after that. But during the middle of the round, I had a nice little birdie stretch and that helped me out.”

For the full leaderboard and Wednesday’s third round tee times, click here

The Quebec squad (Bussieres, Bedard, Michaud and Jean-Philip Cornellier) won the 36-hole Inter-Zone competition Tuesday (which is compiled of four players on each team representing their respective PGA Zone and is contested over the first two rounds) by an astounding 28 shots.

Both Michaud and Bedard said they were looking forward to playing together in the final group Thursday in Richmond.

“It’s going to be our first final pairing tomorrow and I can’t wait for it,” Michaud said. “Of course I’m going to try and win, and he’ll try and beat me as well, but in the end I just want one of us to win.”

Not only are Michaud and Bedard roommates this week in Richmond, they’re also full-time roomies back in Quebec City.

“We’ll both want to win that’s for sure,” Bedard admitted. “But whoever makes the most birdies tomorrow will end up winning.”

The 54-hole national championship takes place through Wednesday at the A.V. Macan-designed Richmond Country Club. Set within the greenbelt of the agricultural land reserve, the venue is known for its tree-lined fairways, well-positioned bunkers, and raised, undulating greens.