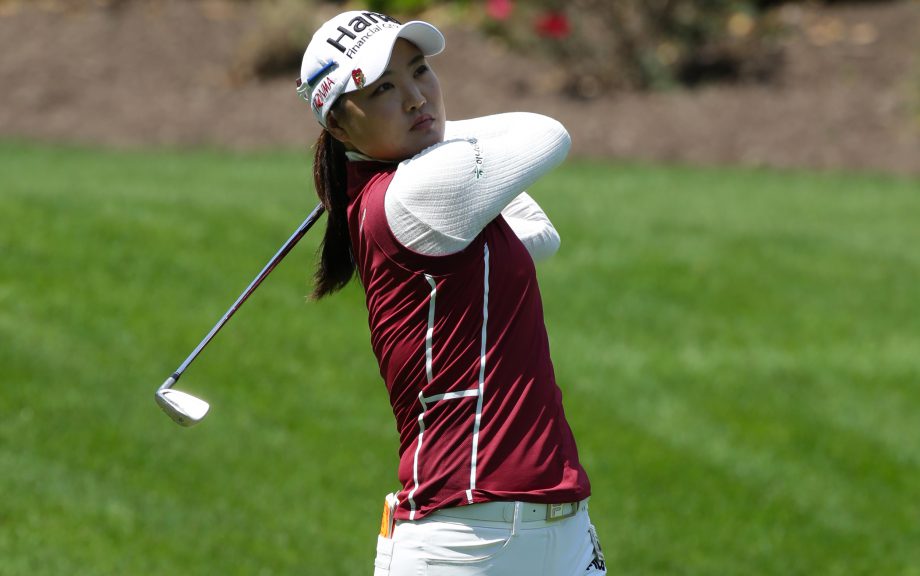 WILLIAMSBURG, Va. – So Yeon Ryu had six birdies in an eight-hole stretch and shot a 7-under 64 on Friday to take the second-round lead in the Kingsmill Championship.

Ranked 11th in the world but sixth in the race for the four spots on South Korea’s Olympic team, Ryu opened with a bogey on the 10th hole, then used the birdie run to make the turn in 5-under 30.

“I’ve been putting really nice,” Ryu said. “My first hole I made a bogey, but it felt really great the next two holes. I made birdie-birdie right away. Even my shot and birdie putt, and putting – I think today just everything was really working well.”

The 2011 U.S. Women’s Open champion added birdies on the par-4 fourth and par-5 seventh and closed with two pars to reach 7-under 135 on the soggy River Course.

“This one is definitely my favorite golf course that we play,” Ryu said. “I consistently play really well here, so I feel really comfortable to stay here. I think I just really like the atmosphere, so I really enjoy it. So enjoying it makes me play better.”

Fourth-ranked Stacy Lewis, No. 6 Amy Yang and first-round leader Mika Miyazato were a stroke back. Lewis had a bogey-free 66, Yang had a 67, and Miyazato followed her opening 65 with a 71.

Lewis tied for second two weeks ago in Alabama for her 10th runner-up finish in a 49-event drought. The 11-time tour winner has 23 career second-place finishes.

“The putts were going in,” Lewis said. “I hit the ball a lot better today and gave myself some better looks and made the putts. The golf course is just playing hard. It’s playing long. You have a lot of long irons into the par 4s, so you’re not going to make a ton of birdies, and when you do hit it close, you need to make the putt.”

“I was hitting better than yesterday, more solid at impact, making more solid putts, and made some, too,” Yang said. “I left a couple of good chances out there, but looking forward to playing on the weekend. I’ve been working with my coach on my swing and feeling good about it.”

Rain is expected over the weekend on the already wet course.

“It’s just going to be a long weekend,” Lewis said. “You get ready for that. You get ready for delays and playing in the wet, and this golf course is going to get even harder. You just kind of mentally prepare for it and know it’s going to happen, and if it doesn’t, that’s a great thing.”

Defending champion Minjee Lee was in the group at 5 under after a 71. The 19-year-old Australian won last year at Kingsmill in a Monday finish and added her second tour title last month in Hawaii.

Top-ranked Lydia Ko was 1 under after 68. The 19-year-old New Zealander won the Kia Classic and major ANA Inspiration in consecutive weeks in Southern California.

Second-ranked Inbee Park, playing alongside Ko, withdrew after six holes because of a lingering left thumb injury. The tournament was her first after a month out because of the injury.

Third-ranked Lexi Thompson, also in the group with Ko, matched Ko at 1 under after a 69. Thompson is coming off a victory two weeks ago on the Japan LPGA.

Fifth-ranked Brooke Henderson, playing with Lewis, also was 1 under after a 71.