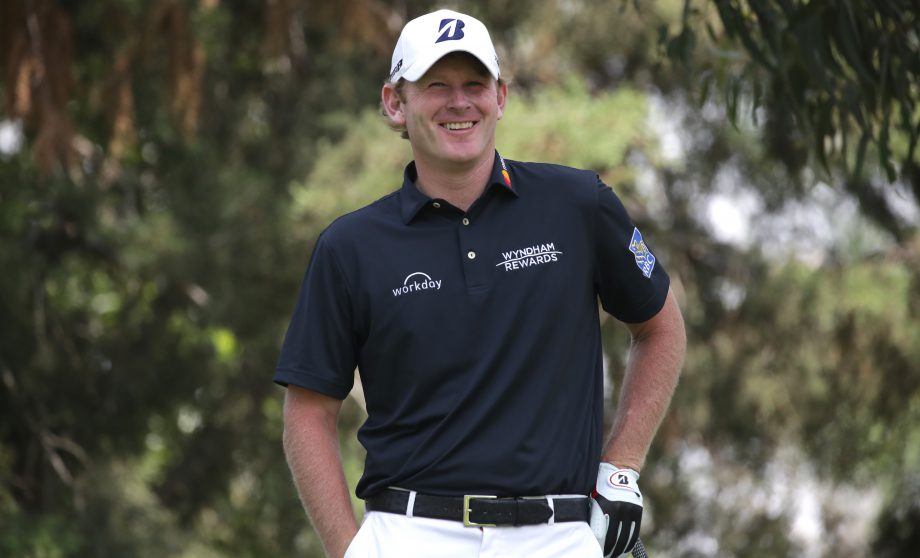 ORLANDO, Fla. – Brandt Snedeker, 2013 RBC Canadian Open champion, was all smiles as he recalled the opportunity he had to spend time with Arnold Palmer. It was 2009, Snedeker was a struggling tour professional, and Palmer met with Snedeker for two hours in his office, had lunch with him, and then played nine holes.

“In typical Arnold fashion he hit 5-wood on No.17 and took $20 of me,” said Snedeker with a smile, flanked by Mastercard chief marketing officer Raja Rajamannar and Arnie’s Army Charitable Foundation chief executive officer Kevin Bingham at Bay Hill in Orlando. “It was unbelievable for him to open up to a struggling tour pro like me. Every year I came here and talked to Arnold about life, and that’s something I’m going to miss dearly.”

Although Snedeker told GolfCanada.ca that if he was to win this week at the Arnold Palmer Bay Hill Invitational presented by Mastercard it would be his most ‘memorable’ victory – despite winning eight times on the PGA Tour including $10 million in the 2012 FedExCup – he’s also looking forward to this year’s RBC Canadian Open, back at Glen Abbey Golf Club in Oakville, Ont.

“I can’t wait,” said Snedeker, a Team RBC member. “I love Glen Abbey. I think it’s a great golf course. For whatever reason it just suits my eye and I play really well there.”

It was quite a run for Snedeker in 2013 on his way to victory north of the border, as he also won the AT&T Pebble Beach National Pro-Am and spent the whole year in the top-10 of the Official World Rankings.

He thinks part of his success has to do with his Canadian-born caddy, Scott Vail, from Pickering, Ont.

“Anytime I get back to Toronto I’m kind of on a home base, because (Scott) is from there. It’s as close as I can get to feeling Canadian,” said Snedeker. “The crowds are great that week too. It’s a fun week.”

Snedeker was in the final pairing a year ago at Glen Abbey with Canadian amateur Jared du Doit. Although Snedeker fell back into a tie for fifth (and du Toit into a tie for ninth), he said it was a cool experience being paired with the young amateur.

“I sat in the booth on Saturday and I was with the CBS guys and I remember watching Jared make eagle on 18 and I saw the crowd go crazy,” recalls Snedeker. “I was high-fiving Jim Nantz in the booth, and seeing this young Canadian amateur do what he was doing was so much fun.”

“My job on Sunday was to make sure he had a great time,” continued Snedeker. “He played really good. He had some chances but just couldn’t get it going. Under those circumstances it was phenomenal, and it was just really fun to be with him.”

And while Snedeker will of course be competing at the RBC Canadian Open in July, don’t be surprised if Brooke Henderson makes an appearance that week as well, according to President of Mastercard Canada Brian Lang.

Lang, who spent some time overseas working for the credit card giant in both Dubai and the Czech Republic, was eager to return to Canada (he was born in Toronto). He’s been Mastercard Canada’s president for nearly two years exactly, and was over-the-moon when the Mastercard locked in Henderson as their newest ambassador.

“We had eight ambassadors on both the (Champions) Tour and the PGA Tour now, and they were all males. This past year we brought on Annika Sorenstam (who won the 2001 CP Canadian Women’s Open) but decided we needed another. Brooke Henderson was an easy target for us,” said Lang. “Henderson is effervescent, she has a wonderful personality. She’s figured things out very quickly as a young woman. We’re super happy that we’ve signed her up and now, frankly, we’re going to try to find a neat way to bring that all together at the Canadian Open.”