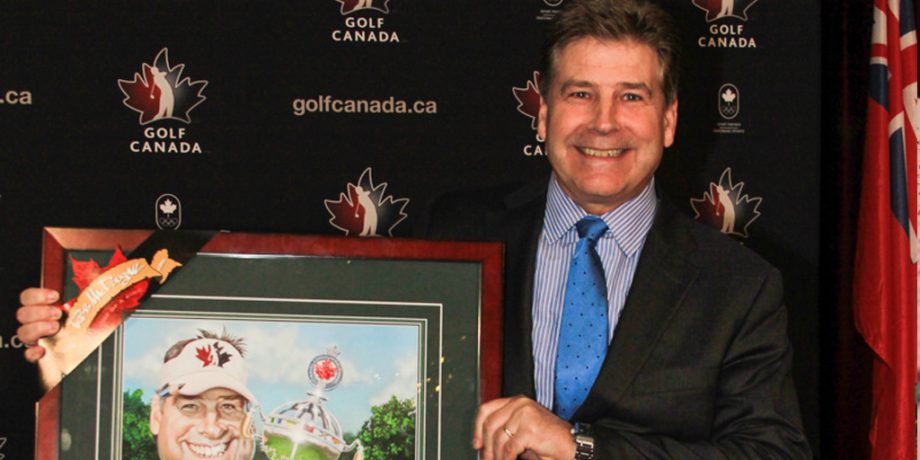 Scott Simmons, the outgoing CEO of Golf Canada after 10 years on the job, doesn’t want to talk about a “legacy.” He prefers “framework.” He also discounts “challenge,” substituting “opportunity” whenever the former word is mentioned.

When Simmons took over in 2007, he might have done well to recognize Charles Dickens’ opening sentence in A Tale of Two Cities: “It was the best of times, it was the worst of times.”

A decade ago, the landscape of golf was shifting, as it continues to do. The demographic, economic and related tectonic plates that had hoisted the game to historic levels were settling, even faltering.

But, typically, Simmons saw not a challenge, but an opportunity.

The year before he took over, the Royal Canadian Golf Association had been anointed as the National Sport Federation for golf.

“I saw this as such an exciting time for the game to leap forward in Canada,” Simmons said in an interview. “It was a unique opportunity for a traditional association, which had been known only as the ‘governing body of golf’ to evolve into the National Sport Federation [NSF] for golf in a country which has such a love of the game.

“If I had to give one reason for taking the job, that would be it.”

In full disclosure, I have known Simmons for more than 20 years. We worked together in the early 1990s at the RCGA. I was director of communications. He was my counterpart on the marketing side. We both left to pursue other interests eventually. He to private industry, me to, well, I remain unsure.  It was a pleasure, and I mean that sincerely, to work with him on many projects, including the infancy of what now is Future Links and Golf in Schools. I was always impressed by his passion for the game. That passion was, and remains, genuine.

If you want the boilerplate checklist on what he is most proud of as he departs, you can have a look at his sayonara message in Golf Canada’s annual report. It’s impressive.  Of course, he didn’t do it all on his own. It required the valued input of Boards of Directors, provincial associations, national associations and other contributors.

The thumbnail sketch of his “legacy” includes developing an ongoing strategic plan for the association, a much-needed revision of the organization’s governance model, introducing “Golf Canada” as the public-facing brand, securing long-term sponsors for our men’s and women’s national Opens, introducing a new membership model, revitalizing the Golf Canada Foundation and numerous other checkpoints.

“I love this game and I thought, 10 years ago, that I could bring a different perspective and energy and give something back to golf,” says Simmons. “Aside from building on the NSF designation and the other achievements, I am most proud of the success we have had in getting kids involved in golf.”

When I spoke to Simmons recently, he had just returned from a meeting with the folks looking for his successor.

He suggested to them that, among other items, their criteria should include the ability to continue to expand the framework he established over the past decade, specifically to strengthen the relationships with all international, national and provincial golf associations.

I would suggest some other criteria. Visionary, communicator, diplomat, marketer, ambassador, administrator, hide of an elephant…

Simmons’ advice to his successor is that they prepare to “see a lot of golf courses and not play any of them.”