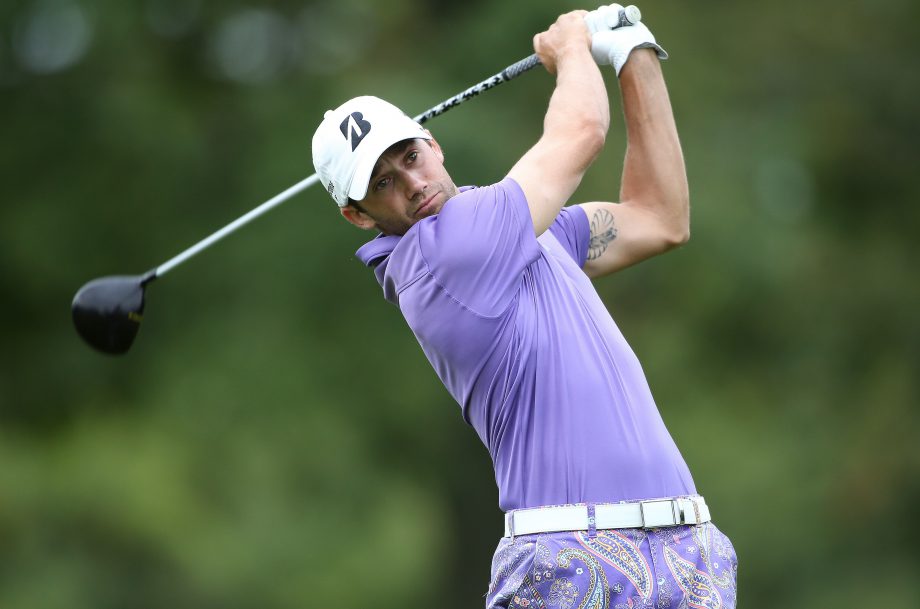 SPRINGFIELD, Ill. – Jason Millard separated himself from the pack with a second-round, 6-under 65 to take the outright lead at the Lincoln Land Charity Championship. His 13-under-par 129 total places him one ahead of Ollie Schniederjans (62) and Martin Flores (64) heading into the weekend.

Millard started his day with seven straight pars before getting his round into red numbers. The 26-year-old from Murfreesboro, Tennessee, eagled the par-5 seventh and then drained a 25-foot birdie try on No. 8 to turn in 33. Millard added four more birdies on the back to reach 13-under-par. On the par-4 17th hole, he did his best to give a stroke back but drained a 30-footer for par to solidify his lead.

“I just kept telling myself to be patient,” said Millard, who is 5-for-5 in scrambling this week. “I was hitting some good putts; they just weren’t going in.”

Millard battled a rib injury early in the week and made the final decision to play on Wednesday. Things are progressing nicely for the Mackenzie Tour – PGA TOUR Canada alum on and off the golf course. Millard was pain-free on Friday and holds the 36-hole lead of a Tour event for the first time in his career.

“Hopefully I’m healed up,” said Millard, who has been receiving treatment every day. “It felt really good today. It’s the best I’ve felt in a long time.”

Back in May, Millard was one back heading into the third round of the Rex Hospital Open and carded 71-74 on the weekend. He’s been in the hunt a few more times since then and has responded well to the nerves. Millard notched his best showing on Tour, a solo fifth, at the Rust-Oleum Championship a month ago.

“I was in this position in Raleigh,” said Millard, who settled for a tie for 19th place. “I didn’t handle it well; hopefully I’ve learned from that experience.”

Schniederjans charged up the leaderboard Friday morning with five birdies in his first eight holes. The 23-year-old from Dallas, Texas recorded 10 birdies in total during his second round and posted his second lowest score this season as a result.

A few weeks ago, Schniederjans fired a course record-tying 61 at the Air Capital Classic presented by AETNA on his way to earning his first Tour win in a playoff over J.J. Spaun and amateur Collin Morikawa.

“I hit it so good all day,” said Schniederjans, who hit 17 of 18 greens in regulation. “I didn’t miss any shots and played amazing off the tee. It was really similar to the round in Wichita.”

Schniederjans made a bogey at the par-4 ninth when he misjudged his approach from the rough. The ball sailed over the green and he failed to get it up and down. The three-time All-American at Georgia Tech University righted the ship quickly with birdies at holes 10 and 11. His last surge came when he went birdie-birdie-birdie-par to close out the round.

“A lot of times it doesn’t get that low until the very end,” said Schniederjans, about his late run up the leaderboard. “I know the course is super gettable and I wouldn’t be surprised if someone matches it.”