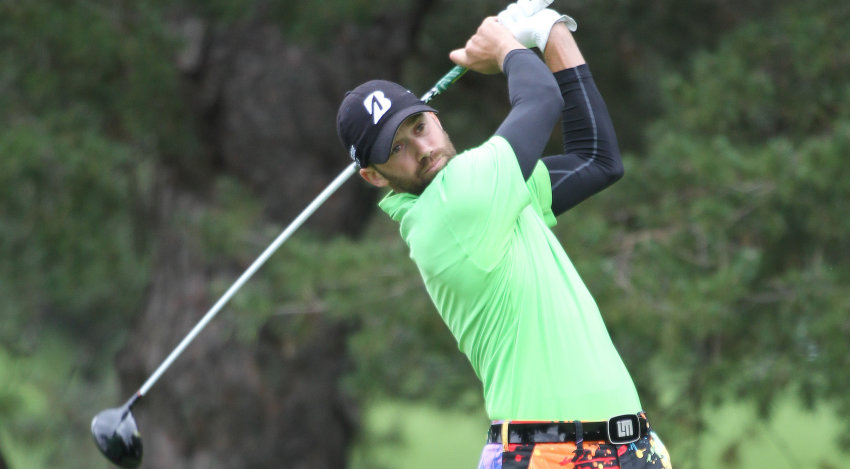 FORT MCMURRAY, Alta. – Thornhill, Ontario’s Ben Silverman birdied the 18th hole for a 3-under 69 on Saturday at Fort McMurray Golf Club to take a 1-shot lead into the final round of the Syncrude Boreal Open presented by AECON, the third event of the 2015 Mackenzie Tour – PGA TOUR Canada season.

Entering the day with a two-shot lead, the 27-year old posted five birdies to offset two bogeys, reaching 16-under after hitting his approach within five feet on the final hole of the day and converting the putt to lead by one over Longwood, Florida’s Sam Ryder and two over Airdrie, Alberta’s Riley Fleming heading into Sunday.

“I like having the lead, but it was a little struggle early. I hit some wild tee shots and had some lucky breaks. I just kept telling myself I always wanted to see my name on the top of the leaderboard. That was the push, never to let anyone take me over,” said Silverman, a second year member on the Mackenzie Tour with two top-10 finishes to his name.

The Palm Beach Gardens, Florida resident has led or co-led after every round this week, having shared the opening round lead thanks to an 8-under 64 on Thursday. Silverman said seeing his name at the top of the leaderboard will be all the motivation he needs to keep the field at bay heading into the final round.

“Once I see my name on top, it’s motivation to keep it there, so I’ll be going in there with the attitude of making birdies and to keep pushing the envelope to get the scores lower and lower,” said Silverman, who is benefiting from some local knowledge this week thanks to caddie Brody Ellis, a 2-handicap who plays regularly at Fort McMurray Golf Club.

“He always knows where the prevailing winds are so I’m always asking him about that, and he knows the greens really well,” said Silverman. “He helps me out a lot, knowing it’s firm here or there, or it tends to funnel here. It helps a lot.”

Ryder, also a second year Mackenzie Tour member, matched the low round of the day with a 7-under 65, and said his game has been rounding into form just in time for this week.

“I had a good week with my coach, Adam Schriber, in Michigan to get ready for this week. I’ve been playing well. I’ve been swinging well and had a nice top-10 finish in Victoria, and I’m pretty confident right now,” said Ryder.