Sihota; Szeryk, Dao lead after the opening round at Future Links, driven by Acura Ontario Championship 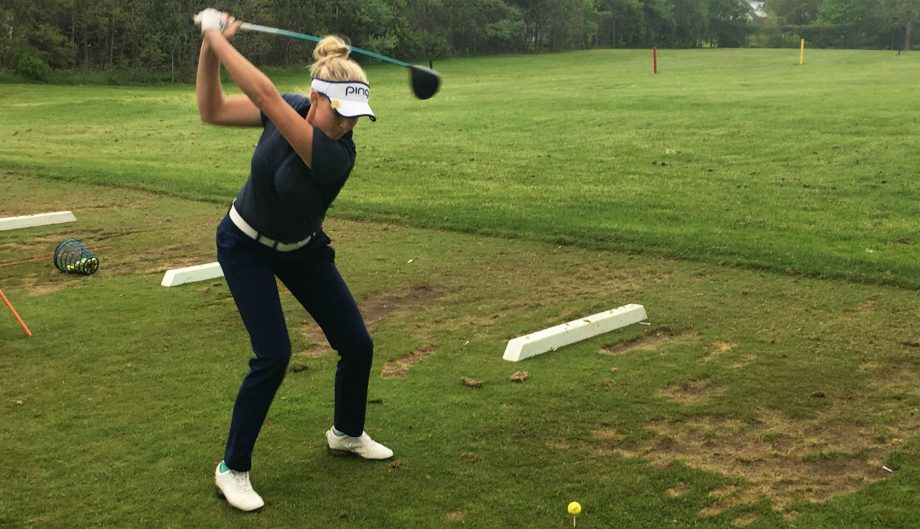 Jeevan Sihota tops the Boys Division at the Future Links, driven by Acura Ontario Championship after the opening round on Thursday, while Ellie Szeryk and Celeste Dao share the lead in the Girls Division at Brockville Country Club, in Brockville, Ont.

Sihota, a 13-year-old from Victoria, B.C., continued his stellar play after winning the Pacific Championship earlier in May. He recorded a bogey on his opening hole, but recovered and birdied three of the next four holes enroute to a 2-under-par 69.

“I got off to a pretty good start and played steady through,” he said, after his low-score of the day. “I hit a lot of greens, thought I could have holed a few more putts but overall it was good.”

In the Girls Division, Szeryk and Dao both shot a 1-over-par 72 in their opening rounds to put them at the top of the leaderboard up by two strokes.

Szeryk, from London, Ont., got off to a fast start with three birdies in her first seven holes, but slowed down after she made the turn to the back nine and recorded bogeys on holes 10, 12 and 16.
Dao played a steadier round. The 16-year-old headed to the final two holes 2 over par for the round. She made a clutch birdie on the par 3 before finishing with a par on 18 to move her into a tie with Szeryk.

“I hit pretty good wedges and made some 10 to 12 footers, so that helps,” said Szeryk, after her round on Thursday. “I was just trying to figure out how the course would play with the wet conditions and see how long the ball would travel in the rough and everything.

Defending champion Isabella Portokalis got off to a rough start on the rain-filled day. Three bogeys in her first six holes resulted in her 4-over-par 75, good enough for T7.

Team Canada Development Squad members Monet Chun and Chloe Currie both cracked the top 10. Chun, from Richmond Hill, Ont., sits just two strokes back of Szeryk and Dao in a four-way tie for third. Currie got off to a slow start and was 3-over after the first two holes. Two more bogeys on the front nine saw her drop down the leaderboard, but, after she managed to play the back nine just one-over, the Mississauga, Ont., native managed to hang on to 10th place after her 6-over-par 77.

The top six finishers in the boy’s division will earn exemptions into the 2017 Canadian Junior Boys Championship on July 31-Aug. 3 at Cataraqui Golf and Country Club in Kingston, Ont. A tie for the sixth position will be decided by a playoff following the conclusion of play on Sunday. The top six in the girl’s division (including ties) will earn exemptions into the 2017 Canadian Junior Girls Championship on Aug. 1-4 at Camelot Golf & Country Club in Cumberland, Ont.