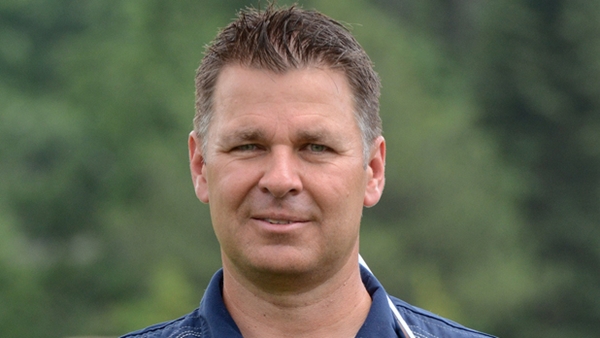 BARRIE, Ont. (Golf Canada) – Darren Shaw’s 5-under 67 lifted him into the top spot on the Canadian Men’s Mid-Amateur leaderboard after the second round at Barrie Country Club.

The Stoney Creek, Ont. native carded six birdies on Wednesday and closed with a 3-under 33. His back-nine was highlighted by an incredible greenside up-and-down on the par-5 9th hole for birdie and the outright lead.

“It feels good, honestly I played better golf yesterday and couldn’t make a putt,” Shaw said. “I changed putters today and I made some putts, I switched to this one and it seemed to work.”

At 3-under 141 for the championship, Shaw currently leads by a stroke over of Rob Couture of Dallas, Texas. He also sits four strokes ahead of Calgary’s Kevin Temple and Dwight Reinhart of Renfrew, Ont. in the Mid-Master (40+) title race.

Couture, the 2011 Mid-Amateur champion, carded an even-par 72 and sits in solo second in the overall competition, one-stroke ahead of Team Canada’s Garrett Rank of Elmira, Ont. and Michael Rutgers of Windsor, Ont. Rank and Rutgers both finished runner-up at last year’s championship in Edmonton.

“I struggled early, I really didn’t play well until probably the last 13 or 14 holes,” Couture said. “I was a couple over early and I just didn’t hit very good shots for whatever reason, but I hit it well the last 10 or 12 holes and got it back to even.”

In the Inter-Provincial team competition, the Team British Columbia contingent of Victoria’s Kevin Carrigan, Vancouver’s Patrick Weeks and Sandy Harper of Nanaimo held onto their opening round lead to win the overall title by four strokes over Team Alberta. The trio finished at 1-over 289 for the 36-hole championship.

The champion of the 2014 Canadian Men’s Mid-Amateur Championship will earn an exemption into the 2015 RBC Canadian Open at Glen Abbey Golf Club.